Spokespersons are quite essential for any government as they do communicate with the media and the public on the various government matters.

Governments all over the world do appoint their official spokespersons be they a minister of communication or another serving minister, who would serve as the mouthpiece of the government.

He or she works closely with the media to clarify issues of common interest, and the person is most of the time very open to the media.

In The Gambia, there has always been a lot of rumours and widespread speculations going on in town, but we believe that if there is an official government spokesperson he or she could be contacted for clarification.

The media needs information to transmit to the public, but if there is no one in government circles who is mandated to talk to the media, the speculation and rumours would continue to persist.

So, in our view, to address the issue, the Government should appoint an official spokesperson who will be willing to talk to the media, and even organize regular press briefings like happens in countries around the world.

In this 21st century, people cannot continue to live in darkness and, as such, to appoint a senior and experienced citizen, probably among the serving ministers, as the official government spokesperson is quite important.

Leaders do communicate very well with their followers, and most often they use their spokespersons to be regularly giving out information to the citizens.

Since free flow of information is essential for any effective administration, we urge the Government to consider this proposal which we feel is in the best interest of the country.

Also, we want to reiterate the need to appoint a minister of Information or Communication.

Since November last year, there has not been anybody appointed to handle this most important portfolio in any government.

This will help in ensuring that the Gambia government is able to effectively communicate with the general public, including the international community. 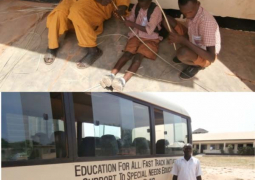