A road race meant to promote long-distance run at grassroot level in the country is set to kick-off on Saturday July 4th 2009.

The first-ever race organised by the Ndugu Kebba Youth and Sport Association, would feature a contest in both male and female categories.

The male race is expected to start at the school grounds through the village to the high way towards Barra, and then back to Kerewan to the main junction and back to the school.

The female event would start at the school through the village to the Cooperative then back to the school.

According to Jim Kebbeh, the Coordinator of the race, the run will help promote unity among the young people of the village, as well as raise fund to support community development projects.

The maiden event is also meant to raise funds and support the in the area to have enough furniture for the school.

The organising committee which also seeks sponsorship for the success of the event, urges for massive participation. A fee of D10.00 is attached for the registration of participants in both categories.

Registration for the event is said to be in progress  and participants can register with Jim Kebba at Banjul Gamtel Telegraph Road on 9929739, 7338450, Jaja Sow and Amat Mboob at Ndungu Kebbeh on 7653804 or 7481503 and  the Principal of the Ndungu Kebbeh Basic Cycle School. 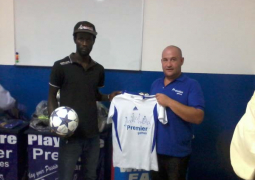 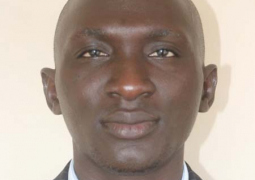