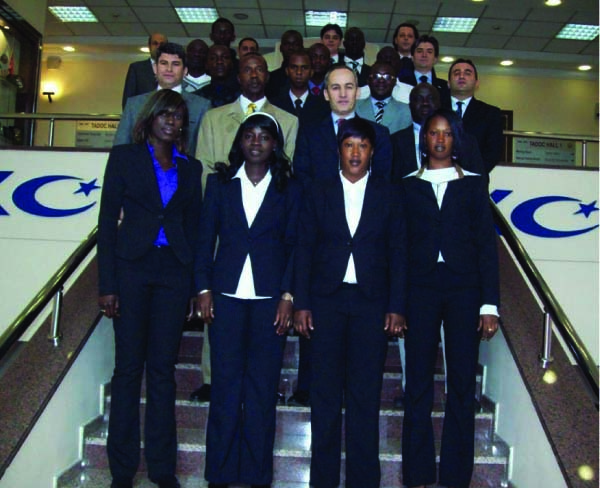 Fifteen narcotics officers of the National Drug Enforcement Agency (NDEA) recently returned home after completing a week-long training programme on counter–narcotics investigations organized by the on Drugs and Organize Crime (TADOC) in .

Speaking in an interview with The Point shortly after their return to , NDEA Public Relations Officer ASP Abdoulie Ceesay described their training as very educative, noting that the new knowledge, ideas and techniques acquired will greatly help them in the fight against drug trafficking in the country.

He pointed out that the training received will go a long way in improving their performance in the execution of their duties as narcotics officers in a more professional, efficient and effective manner, adding that the knowledge would e shared with their colleagues.

PRO Ceesay on behalf of his colleagues and the entire management of the NDEA expressed sincere appreciation and gratitude to President Yahya Jammeh and his government for making their training visit in successful by paying for the airtickets to and from .

He also commended the Turkish government for providing all the necessary logistics for the training session.

He revealed that the closing ceremony was graced by s deputy ambassador in , Yankuba Drammeh, and that all the participants were awarded certificates.