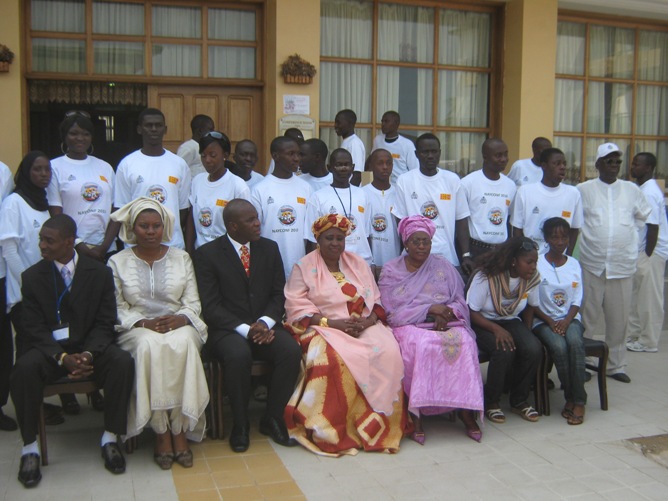 The conference component of the 9th edition of the National Youth Conference and Festival (NAYCONF) commenced on Saturday at the Paradise Suites Hotel in Kololi.

The conference is one of the most important components of NAYCONF, which has brought together about 200 participants this year.

Participants at the conference include regional delegates, representatives of national youth organizations and delegates from the UK and Guinea Bissau.

The theme for this year’s NAYCONF is “Youth Participation and Partnership in the War against Drugs and Corruption”.

The forum is a unique opportunity for youths to come together to discuss how they can contribute to the war against illicit drugs and corruption and also make ways to realize their dreams and aspirations.

In her keynote address on the occasion, Vice-president Dr Isatou Njie-Saidy said the energy of youth fuels the very meaningful development of modern society of which The Gambia is no exception.

In recalling the plea made by the National Youth Council, Vice-president Njie-Saidy called on the private sector to come on board as government cannot do it all in supporting youth.

She also reminded the conference delegates about  the theme of the NAYCONF which is on drugs and corruption. She observed that “youths are indeed of more victims than perpetrators” and called on all to make efforts to destabilize their chain of trade.

VP further challenged the youths not to engage in any forms of illicit drugs however small the quantity is, as ignorance of the law is no excuse.

She urged the young people to watch out  for all those drug peddlers who are at large to assist law enforcement agencies so as to address the issue.

“Drugs and corruption is one of the most serious emerging problems in this country and indeed globally facing out development and in development of youths in particular” VP Njie-Saidy said.

She again reminded the youth that they have a critical role to play though one may be part of the problem but also part of the solution as well, urging them to take the conference seriously to make the Gambia a free Drug state.

The Minister of Youth and Sports, Sheriff Gomez, says government’s drive, through his ministry, is to create the enabling environment that will continue to challenge youth to live up to expectations and to make good use of their productive life.

He called on the conference delegates and other participants to come up with resounding resolutions to fight against illicit drugs, those who provide them and those who use them.

“We must shun corruption and its practices starting from ourselves, for it is only in this way that collectively we will succeed in cutting off the main roots of this cancerous tree,” he said.

Minister Gomez thanked President Jammeh for his bravery and candour in declaring and leading the crusade against illicit drugs and corruption.

He also thanked all those who helped in the realization of NAYCONF 2010.

The executive secretary of the NYC, Marchel Mendy, appealed to government to consider giving more support to his office. He says mobility and other resources are among the major constraints the council is grappling with. He also gave a brief report on the resolutions of the 2008 Farafenni NAYCONF.

Samba Njie, who spoke on behalf of the Regional Youth Committee chairperson of the Kanifing municipality, extended a warm welcome to the delegates.