The National Water and Electricity Company (NAWEC) is currently awaiting a decision from the Public Utilities Regulatory Authority (PURA) regarding an application to increase electricity tariffs to 31% and cost recovery for water and sewerage services in Banjul.

The move, according to justifications made available to PURA by NAWEC, is based on the fact that the company is currently under extreme financial difficulties due to the cost of inputs, the increasing cost of energy purchased from the IPP and high operational costs.

The company’s revenue base is also said to be insufficient to sustain NAWEC's operational obligations, resulting in short term borrowing from commercial banks.

As part of its consultation with the general public, PURA and NAWEC over the weekend organized a day's public hearing with a view to ensure effective review of NAWEC's application to ensure that all relevant comments are taken on board when PURA is making a decision on the application by NAWEC.

The forum, held at the Father Farrell Hall at , gave members of the public the opportunity to listen to first-hand information from NAWEC pertaining reasons for applying for a tariff increase.

Speaking at the public hearing, Maleh Saine, officer in charge of PURA, said the meeting sought to obtain public comments on the proposed tariff increase by NAWEC.

"As the public is directly affected by any decision taken on this matter, the law, that is to say the PURA Act 2005, requires that a process underpinned by an open and transparent consultation process is followed when setting rates or tariffs," he told the well-attended meeting.

The consultation, he added, will be conducted in the form of a public hearing so as to ensure effective review of NAWCE's application in order to ensure that all relevant comments are taken on board when PURA is making a decision on this NAWCE application.

According to him, whenever a decision is reached by PURA, it will be published in various media to inform the general public, adding that the agreed tariff will then be implemented commencing at a date that will be communicated accordingly.

Momodou Jallow, the managing director of NAWEC, said the importance of such public gathering cannot be overemphasized given the demand on NAWEC from its customers for water, electricity, sewage services.

"We want to make NAWEC the best utility in the sub-region, but we are facing a serious financial problem which threatens the viability of NAWEC. For the past three years, we have been charging low tariffs, which are not sustainable because of the increase in the price of fuel at the international market," the head of NAWEC told the meeting.

He called on NAWEC customers to fulfill their part of the contract by paying bills on time, adding that NAWEC’s aim is to provide 24-hour electricity supply countrywide by the end of this year.

Also speaking at the meeting was Dodou Bammy Jagne, chairman of the Board of Commissioners of PURA.

He said PURA, NAWEC and the Government of The Gambia would like to hear the views of the general public, noting that it was through this that they will be able to arrive at a proper decision. 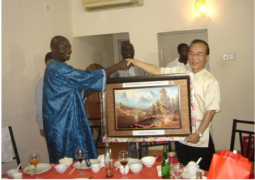 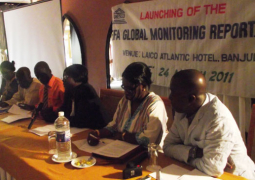