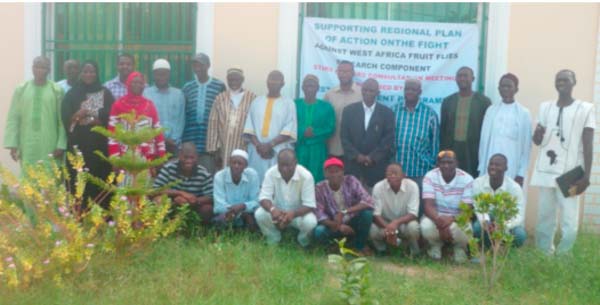 The meeting, held at NARI Conference Hall in Brikama, was funded by the EU and French Development Agency through Ecowas and CORAF. The programme is part of activities supporting regional plan of action on the fight against West Africa fruit flies research component.

Ansumana Jarju, Director General of the National Agricultural Research Institute, in his opening statement, highlighted the importance of commitment, adding that it is important that people take the workshop seriously, take stock, document and deliver through consultation.

Mr Jarju described mangoes as the country’s resources which must be safeguarded.

“These are our national resources and food basket,” he added, saying: “We rely on mangoes at the local level and any significant damage we cannot control is a real setback for the economy of the country and the livelihood particularly.”

“Fruit flies elimination is a multinational task we must seek to accomplish,” he stated, while urging participants to give the consultative meeting the value it deserves.

Deputy Director General of NARI, Dr Demba Jallow, in his remarks, said fruit flies cause serious damage to horticultural produce in The Gambia, especially on mangoes and many other fruits.

“Worldwide fruit flies are considered as one of the most important pest in horticulture causing either direct or indirect damage,” he pointed out, saying it is estimated that about 30 to 50% of damage on fruits especially mangoes in Africa is caused by fruit flies.

Dr Jallow remarked that, out of the two million tonnes of mangoes produced in Africa, 30 to 50 percent is damaged by fruit flies, which shows the seriousness of the meeting.

He further described the meeting as very relevant as mangoes are becoming an important source of food in the country.

“The demand for mangoes is high but there are restrictions especially on quarantine for the export package,” he noted, saying this is very important because “the European Union has regulations our mangoes have to meet”.

He said “if our mangoes are affected then it reduces the market value of the produce”.

Landing Sonko in chairing the opening ceremony, said the horticulture sub-sector is very important in efforts to sustain food security, and an important source of food and foreign exchange.

“Fruit flies have been for a long time affecting the horticulture food sector,” he observed, saying the meeting was meant to discuss ways to combat the negative effects of fruit flies on the country’s produce and its implication of the export market.

Gibril Williams, GHE Farm Manager, in his vote of thanks, described the various presentations as fruitful and important for farmers and the private sector present at the meeting.

He thanked NARI for hosting the meeting as well as their good job. 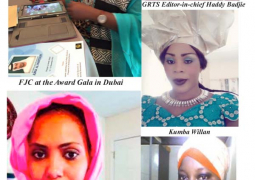