One of the suspects in the murder of a 56-year-old lady in the exclusive Brusubi area has reportedly subjected journalists covering his trial to verbal assault.

Allen Kumeni Patrick, a fierce-looking figure, on 1 April literally assaulted two journalists from The Point and Foroyaa newspapers for publishing the preliminaries of a murder trial that he and two others are undergoing.

Allen verbally assaulted journalists Yerro Mballow and Jibairu Janneh before charging on them in an uncompromising manner.

According to reporter Mballow, the only reason for Allen's exasperation was that the two papers had published his story without his prior knowledge. Allen, said Mballow, had complained that he's already undergone a trial by media as he is now constantly described by many as a murderer. 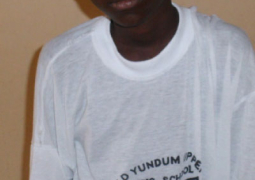