The civil suit instituted against the Medical Research Council (MRC) is still a subject of litigation at the high court in .

Two former staves of MRC and members of MRC Workers' had grown exasperated and dehumanized by the research council for reportedly terminating their services in a wrongful manner. Aggrieved and feeling unjustly treated, the duo took their case to the courts for redress.

The two ex- MRC staff, Momodou Jarju and Alieu Faal, want the court to declare that their dismissal was wrongful and that it ran against the provisions of the Labour Act. They're also asking for damages.

The case, currently underway at the Banjul High Court, resumed on Wednesday before Justice Yemoah. The counsel for MRC, Bola Carrol, put it to Momodou Jarju under cross-examination that their dismissal was triggered and informed by their disobedience to MRC authorities. But in response, Jarju retorted that they were never at any time recalcitrant with their employees. He fumed that the termination of their services was unjust and unwarranted.

According to Jarju, he had never received any warning letter from MRC and that he was 'very' instrumental in his capacity as the vice chairman of the MRC Workers' and, as a staff of MRC.

Momodou Jarju and Alieu Faal, represented in their case by Amie Bensouda, Borry Touray and Haddy Dandeh Njie, are claiming damages for 'wrongful' dismissal and interest of 25% per annum on any sum found to be due. 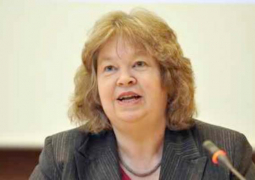