The National Sports Council, NSC, under the Youth and Sports Ministry is set to organize sporting competitions in commemoration of the 50th independence anniversary slated for 18 February 2015.

The activities will include football, wrestling, basketball and volleyball tournaments, and currently the preliminary competitions are under way across the regions, according to NSC Executive Director Marcel Mendy.

Each region is expected to present a finalist team in each of the disciplines at the end of the preliminary competitions, which will compete for the 50th Golden Jubilee trophy.

He added that the regional basketball, volleyball and football finals would be held from the 26th to 28th February 2015 at the Serrekunda West and East mini stadiums. 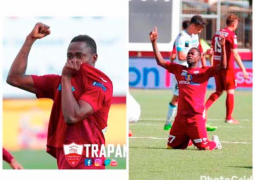