The Director of the Health Promotion and Education Unit under the Ministry of Health and Social Welfare has challenged mothers to adopt the culture of exclusive breastfeeding, which is better than the complementary foods.

Modou Njai was speaking recently at a media briefing held at the NaNA conference hall, on the occasion of the commemoration of breastfeeding week.

He said the commemoration aims at raising public awareness and mobilising action in support of breastfeeding.

“Children have to be exclusively breastfed throughout the first six months of life. They ought to be given appropriate solid or semisolid complementary foods in addition to continued breastfeeding, from age 6 months to at least 24 months, as recommended by UNICEF and WHO,” he added.

He revealed that according to Lancet, 823,000 children die annually due to sub-optimal infant feeding practices; additionally, 20,000 deaths due to breast cancer could be averted if mothers adopt optimal breastfeeding.

It is also reported that not breastfeeding is associated with economic losses of about $302 billion annually or 0.49 per cent of world gross national income.

In realty, Gambian women are faced with many obstacles to breastfeeding, among them long working hours, psychosocial pressure, inadequate lactation support from male partners at home, inadequate access to skilled breastfeeding counseling, and aggressive marketing of breast milk substitutes.

Furthermore, only 53 per cent of countries meet the ILO 14-week minimum standard for maternity leave.

It has been revealed that children who are breastfed have a 2.6 point higher intelligence quotient than non-breastfed children.

Breast milk is a natural, renewable food that is environmentally safe and produced and covered to the consumer without pollution, packaging, or waste.

Only 8 per cent of children, age 6-23 months, are fed in accordance with the three core-infant and young child feeding practices.

Breastfeeding in The Gambia, through the Ministry of Health and Social Welfare, is now ranked at the top of public health challenges and priorities, and constitutes one of the main priorities of the ministry.

In addition, the DHS 2013 has revealed that 52 per cent of children are breastfed within one hour of birth, and 94 per cent within one day after delivery.

According to Mr Njai, the Ministry of Health and Social Welfare has re-established a nutrition unit to complement the efforts of the National Nutrition Agency (NaNA), which shows the significance the ministry attaches to breastfeeding. 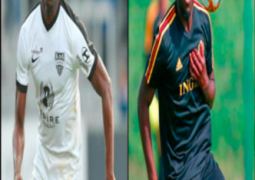