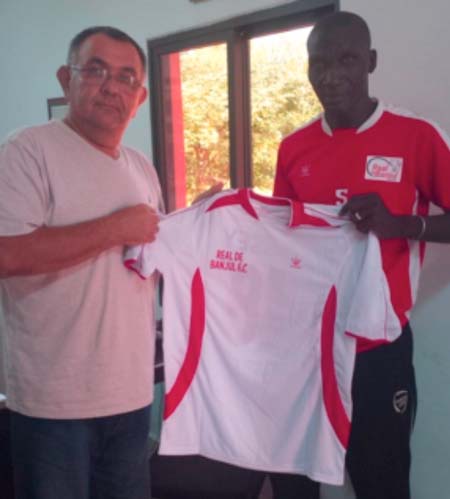 Real de Banjul have confirmed the appointment of Modou Lamin Sey as the club’s new head coach on a one-year contract with an option to an extension.

Sey, who had four seasons with the 12-time Gambian champions as a player between 1990 to 1994, takes over from Franky van de Velde who left his position after the “Real at 50” tournament.

Alas, as he is fondly referred to, will take charge of all first team matters and will oversee the club’s youth teams by providing technical advice to the youth team coaches.

The gaffer returns for his second stint with the club after guiding the team through the 2005/06 season.

Modou Lamin was in charge of the team during Sunday’s league opener against Brikama United as Real de Banjul went down 2-1 despite taking the lead in the 10th minute through Salifu Krubally’s header.

Alas told www.realdebanjul.gm: “I am proud to return as Real de Banjul coach after playing and coaching the team in the past. The club is the most successful team in The Gambia and my objectives are to win with the team.

“I would like to thank the trustees of the club for the confidence and trust they have shown in me by giving me the job for the second time.”

Club president William Abraham expressed delight on Sey’s return to the club. “I am happy to see him return as Head Coach of the team. He has played and coached the team so he brings a lot of experience to the team.

“Our objectives are to always be the best team in the country and we wish him all the best with the team.”

A technical committee has been set up by the club board and headed by former Gambia U-17 coach Pa Suwareh Faye.

Everyone at Real de Banjul welcomes back Modou Lamin Sey to the club and wish him well during his stay with us.