Marriage is by far one of the most sacred institutions of all time I believe and so do a lot of people. The union of a man and a woman is a major deal. A lot of work would have gone into the process from meeting and courting to making the conscious decision to enter in holy matrimony. The wedding itself is just the commencement of the long road ahead I like to think of as the rest of their lives. Having been aware of a lot of young failing and failed marriages, I have been thinking a lot lately about the fundamentals and the effect of globalization on it.

In most cultures, one is not deemed complete if one does not eventually get married and start a family. Which bodes the questions, does this generation's young want a wedding or a marriage or perhaps it a fear of being alienated, the responsibility of procreating or need for companionship and intimacy.

The rate at which unions are solidified and ended is alarmingly high and it gets more so daily. Here in the , I am pleased to say that the sanctity of a union is still upheld by a majority. Sure there are divorces and extra-marital engagements no doubt as is everywhere, but judging from my observations, divorce has some element of stigma in it that makes folks try harder at marriage at the thought of it.

Surfing the net recently, I came upon a concept that intrigued me a lot. Its one that I have heard mentioned a hundred times before and read a lot about, but never really thought of on a much deeper level. A prenuptial Agreement.

In the modern day era, people are taught to never leave anything to chance but to plan for the future and all its possible eventualities carefully. Marriage and its possible annulment or termination is one of such eventualities. Hence the all famous prenuptial agreement which is all the storm in today's generation, more so in the west.

A prenuptial agreement, ante nuptial agreement, or premarital agreement, commonly abbreviated to prenup or prenupt, is a contract entered into prior to marriage, civil union or any other agreement prior to the main agreement by the people intending to marry or contract with each other. The content of a prenuptial agreement can vary widely, but commonly includes provisions for division of property and spousal support in the event of divorce or breakup of marriage. They may also include terms for the forfeiture of assets as a result of divorce on the grounds of adultery; further conditions of guardianship may be included as well.

Prenuptial agreements are, at best, a partial solution to obviating some of the risks of marital property disputes in times of divorce. They protect minimal assets and are not the final word. Nevertheless, they can be very powerful and limit parties’ property rights and alimony. It may be impossible to set aside a properly drafted and executed pre-nup. A pre-nup can dictate not only what happens if the parties divorce, but when they die. They can act as a contract to make a will and/or eliminate all your rights to property, probate homestead, probate allowance, right to take as a predetermined heir, and the right to act as an executor and administrator of your spouse's estate.

Five elements are required for a valid prenuptial agreement, these being that the agreement:

- must be in writing (oral prenups (agreements) are always prohibited);

- must be executed voluntarily; (no coercion tolerated)

- full and/or fair disclosure of assets at the time of execution;

- must be executed by both parties (not their attorneys) "in the manner required for a deed to be recorded", known as an acknowledgment, before a notary public.

Isn't it interesting that where marriage is deemed a life time commitment, couples are already thinking of and planning for its end before it even begins? Marriage's core foundations values should be love, commitment, understanding and patience, trust, being just a few. Planning for its end is rather contrary to that. What is the point in getting hitched in the first place?

There are interesting arguments in favour of this legal agreement. One being that knowing what is at risk of loss (assets struggled for); the parties are inspired to work harder at the marriage to ensure it works. Loosing half your savings plan would definitely make one think twice about being unfaithful which would most probably lead to a split in the union. Has it become that mercenary, that calculated, vindictive and trust less. I don’t believe it is, has to be or will be, not to the majority anyway.

Recently it has been noticed that this practice has increased greatly especially among the rich and famous which just proves the adage that fortune and fame is a double edged sword. The most recent was the breaking of an engage because the bride to be absolutely refused to sign a prenuptial agreement forced upon her by her fiancée’s side of the family. She claimed that if he couldn’t trust her with his assets (of which she had no interest anyways), then there was no point them being together and solidifying their union with false words that were not heartfelt. Personally, I think she made the right move. How much money is signed over upon the failing of a marriage shouldn’t be the foundation of "I do".

It is often said that a marriage is between two people and outside interferences should be avoided as best as possible. So what does a couple, two attorneys and a list of hypothetical mishaps or potential wrongdoings, negotiation, a couple of legal documents and a few signatures add up to? Is it a conscious commitment or a court case previously settled and waiting to happen? Has the sanctity of marriage been compromised and commercialized? Are we headed in a direction or no return? Whether it’s a want or a need, a contingency or a certainty, one thing that cannot be disputed is this. The union between two people should be based on love, mutual respect, compromise, commitment and trust. Without which, there is no union, just two strangers sharing a roof and a last name. 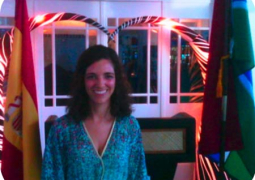