A man was recently convicted and sentenced to a mandatory jail term of twelve months by the Kanifing Magistrates’ Court presided over by Magistrate Tabally.

Omar Kanteh pleaded guilty to a charge of stealing from a dwelling house.

The charge sheet as presented before the court read that on 29 November 2010, at Serekunda, in the Kanifing Municipality, the convicted person, Omar Kanteh, stole three mobile phones marked Nokia double Sim card, Nokia E77 and Samsung, valued at D1,800, D1,200 and D900 respectively, all being the property of one Alagie Touray.

The magistrate ordered that the recovered items be returned to the owner. 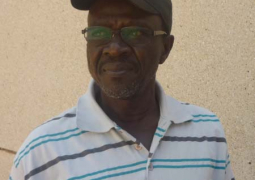