Former Gambian U-17 player Papa Salif Badjie scored the only goal of the game for Milan FC in the 4th minute of the game played at the Serrekunda East Mini Stadium.

The encounter attracted a large number of fans from Tallinding and its surrounding areas.

Milan FC have now collected 3 points in a single game while Bradford FC are yet to collect a point in 1 encounter.

Speaking to reporters shortly after the game, Sheriff Sanneh, head coach of Milan FC, expressed delight in the win, saying: “There was so much talk in town prior to the game.”

Although they came all out for victory, Bradford FC had a good side and also made things difficult for them during the game, he said.

His side was defending and relying on counter-attacks after scoring, he said, adding: “Bradford put pressure on us in search of an equalizer.”

The Milan coach said their target this year is to reach the finals of the Nawetan and win a silverware as they have been reaching the semifinals for the past five years but could not past that stage.

Lamin Manneh, head coach of Bradford FC, said they conceded a very bad early goal but played very well during the whole period of the game.

Their intention was to win their first encounter of the competition but the referee was “hash” on his side, he noted.

He said they would work harder for their upcoming games, adding that they would surprise people this year by qualifying from the group stage to the second round of the competition after being relegated last year.

Meanwhile, Leeds United will today Friday 30 August 2013, battle it out with league champions Milan Rossoneri FC in the 3pm kickoff at the Serrekunda East Mini Stadium, while Istanbul FC will face Abuko United in the 5pm encounter of the same day. 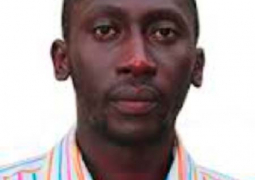