A man called Sulayman Mballow was recently arraigned before Magistrate Jabang of the Kanifing Magistrates’ Court, charged with willful damage to property and stealing.

He denied the charge and was granted court bail of D50,000 with two Gambian sureties, who must deposit their ID cards.

Hearing was adjourned until 2 March 2016.

The charge sheet in count one read that on 11 February 2016, at Ocean Bay Hotel in the Kanifing Municipality, he damaged copper pipes, the property of Gamtel.

Count two indicated that he stole Gamtel copper pipes whose value is unknown. 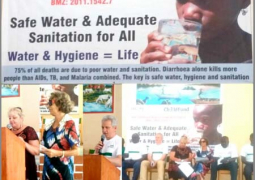