One Ismaila Jallow on appeared before Magistrate Pa Harry Jammeh at the Brikama Magistrates' Court on a charge of assault causing actual bodily harm.

According to the facts of the matter, on or about the 13th February 2008 at Wulinkamma village in Kombo North, the accused, Ismaila Jallow, unlawfully assaulted one Ousman Secka by hitting him with a cutlass on his hand and as a result, caused him actual bodily harm.

Ismaila pleaded not guilty to charge.

At that juncture the case was adjourned until .

Meanwhile the accused had been remanded at the central prison, Mile 2. 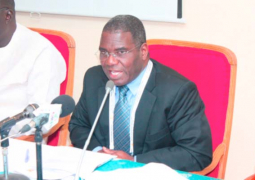