According to the particulars of offence, on 17 March 2012, at Bundung, within the jurisdiction of the court, the accused, Bakary Danjo, allegedly assaulted one Buba Suwareh, by hitting him with a blow on his face and thereby committed an offence.

Danjo denied the charge and was granted court bail of D1,500.00.

The case was subsequently adjourned till later date for more evidence. 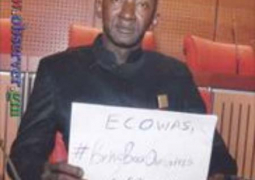