Magistrate John Njie of the Brikama Magistrates' Court was earlier last week a rather disenchanted man when the prosecution, handling the case of a former opposition candidate, failed to bring its witnesses before the court as has been the case for several months now.

Consequently, the magistrate issued a firm warning to the prosecution to try harder to make its witnesses available in court or else he will strike the case out.

But this warning will bring little or no respite at all to the beleaguered former opposition candidate. Readers will remember that Magistrate John Njie had made several such threats but has never made good on them.

Readers of this page will recall that Lamin R. Darboe, a one-time UDP candidate for Kombo East, was arrested alongside supporters shortly after the results were announced in the 2006 Kombo East bye-election. He was subsequently charged with assault but since then nothing spectacular has happened in the case as the prosecution persistently fails to produce witnesses to enable the matter to be prosecuted in an expeditious manner. 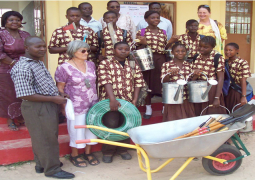