The first batch of Gambian pilgrims who performed this year’s pilgrimage to Mecca are expected home today. Two other flights will bring home the remaining pilgrims in the following days.

We join the entire nation in welcoming home our brothers and sisters who have been fortunate enough to perform the Hajj, and congratulate the government and Gambia International Airlines for a job well done,as well as President Yahya Jammeh,who assisted Gambian pilgrims with US$58,000 for their feeding.

Our joy and delight are, however, tempered by the tragic accidents which occurred during this year’s Hajj. The first accident was the one which took place on 11 September when a construction crane collapsed on the holy mosque in Mecca killing 109 pilgrims. This tragedy was amplified on Thursday 24 September in Mina during JAAMRRAH (stoning of the devil), when a stampede resulted in the death of 769 pilgrims and 934 injured.

The accidents of the 2015 Hajj have plunged the Islamic world into mourning, but they have also brought back memories of the sad episode of the 1990 accidents when 1,476 pilgrims lost their lives due to a ventilation failure at the tunnel in Mina.

On 2 July 1990 a stampede inside a pedestrian tunnel (Al-Ma’aisim tunnel) leading out from Mecca towards Mina and the Plains of Arafat led to the deaths of 1,476 pilgrims, many of them of Malaysian, Indonesian and Pakistani origin.

On 9 April 1998, at least 118 pilgrims were trampled to death and 180 injured in an incident on Jamarat Bridge.

On 5 March 2001, 35 pilgrims were trampled to death in a stampede during the stoning of the Devil ritual.

On 11 February 2003, the stoning of the Devil ritual claimed 14 pilgrims’ lives.

On 1 February 2004, 251 pilgrims were killed and another 244 injured in a stampede during the stoning ritual in Mina.

On 12 January 2006, a stampede during the stoning of the Devil on the last day of the Hajj in Mina killed at least 346 pilgrims and injured at least 289 more. The incident occurred shortly after 13:00hr local time, when a bus load of travellers arrived together at the eastern access ramps to the Jamarat Bridge. This caused pilgrims to trip, rapidly resulting in a lethal stampede. An estimated two million people were performing the ritual at the time.

In addition, the stoning ceremony must be carried out according to pre-determined schedules to prevent over-crowding and the attendant risks. The Jamarat basin has been expanded from its current circular shape into an oval to allow better access to the pillars. The new arrangements provide for separate access and departure routes.

This was repeated in 2006 when 364 pilgrims died during a stampede also at Mina while performing the stoning ritual.

Given the altitude and scale of the accident, the Saudi monarch, King Salman has ordered a review of the Hajj administrative procedures.

Amid the Saudi reaction, there has been anger and accusations ranging from incompetence on the part of the Saudi authorities to indiscipline of pilgrims.

In our opinion, this is not the time for recrimination but a period of introspection and review. The king of Saudi Arabia in his capacity as the custodian of the two holy mosques of Mecca and Medina should initiate a comprehensive and holistic review of Hajj infrastructure and administrative procedure especially crowd control measures around the Kaba, in Mina and Arafat. As in the past, there should be massive investment in improving procedures, tunnels and space, especially at sites where millions of trample pilgrims converge at the same time.

In equal measure, countries from where pilgrims come should review their internal mechanisms to ensure that pilgrims are well prepared to perform the Hajj safely.

In the case of The Gambia, we wish to call for a dialogue on ways of improving and enhancing our Hajj administrative procedures. As an opening salvo government should consider setting up a Hajj review panel to re-examine what procedures and make recommendations to improve them.

Government should also ensure that the quota allocated to The Gambia is strictly adhered to and that visa requests are submitted on time to avoid cancellation and overbookings. This calls for forward planning and the need to institutionalize the Hajj so that it will have permanent structure capable of effective planning and execution.

Government should also consider an age limit for the Hajj so that people who are above the age of 75 and are too old and frail are not exposed to danger.

“This is not the time for recrimination but a period of introspection and review, to learn from past mistakes” 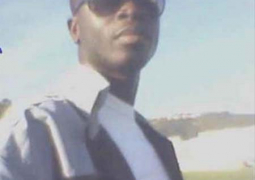