Members of the Gambia Bar Association were denied a police permit to hold a peaceful procession on Monday by the Inspector General of Police on the grounds of safeguarding “public security and safety”, Sheriff Tambedou, president of the Bar Association, announced in a statement yesterday.

The procession, which was planned to protest the conviction of former high judge, lawyer Moses Richards, was for the lawyers to march from the premises of the high court in Banjul to the State Central Prison Mile 2.

“The Bar wishes to inform the general public that the planned procession by members of the association, as previously announced, did not take place as planned because a permit to do so was refused by the Inspector General of Police on the grounds of public security and safety,” the association announced in its statement.

While congratulating all its members of the Bar for the recent stance they have taken in line with their duty as lawyers to defend the integrity, security and independence of the legal profession, the Bar said the collective support from members of the association was remarkable and worthy of commendation.

According to the Bar, in the view of the development and in light of Mr. Moses Richard’s appeal for a pardon, as well as his recent statements, the sit down strike by members of the Gambia Bar Association has been cancelled.

“The Bar association wishes to thank the general public, litigants and its members for their support during these difficult times.

“The Bar Association is a non-partisan body interested only in the promotion of rule of law and protection of its members,” the statement added.

Meanwhile, this reporter was in Banjul yesterday, and confirmed the presence of police with riot gear along the streets of Banjul, especially around the main entrance to the capital city at Arch 22, the High Court complex and the Banjul Magistrates’ Court. 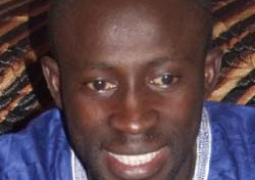 Arrest warrant for accused in trial of six alleged protesters