The first edition of late Pa Sulayman Fadera Memorial Knock-out final will take place this Sunday, at the , between Luka FC and Great Alliance FC

In an interview with Pointsport, the Second Vice-President of Brufut Sports Committee, Abdoulie Manneh said the aim of the tournament is to remember their late colleague who has significantly contributed to the development of sports in Brufut, but died in action in the field of play.

Mr. Manneh pointed out that the tournament is initiated by three friends of the late Fadera, namely Max Jallow, Lamin Manneh, alias David Manneh and Ebrima Manneh who are currently residing in the diaspora, adding that his friends are the sole sponsors of the tournament and they have donated a trophy and cash prize.

The late Fadera who died thirteen years ago used to play for Young Stars and Kelepha.

Sixteen teams participated in the tournament. 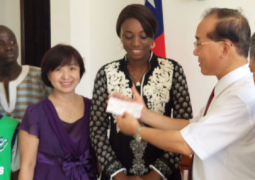