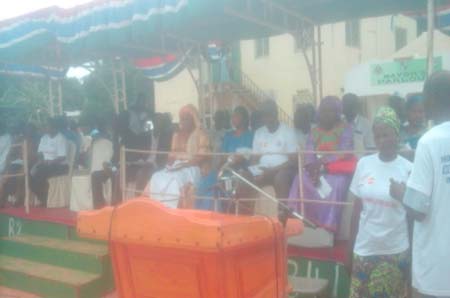 The Kanifing Municipal Council (KMC) yesterday celebrated World Population Day with the theme: “Vulnerable population in emergencies: protecting the life of women and girls in emergencies at all times”.

The celebration began with a march-past from Kairaba Avenue (QCell Building) to the municipality complex, with students from various schools and other stakeholders.

Speaking at the ceremony, Ms Salama Njie, Director of Services at KMC, said this year’s celebration was dedicated to the Ebo-Town residents as they are the most affected when it comes to the crisis situation.

“People should be mindful in selecting a place for construction,” she stressed.

She added that the objective of the celebration was to create awareness about things affecting everyday life, especially for women and children.

“When disaster arises, women and children are the most vulnerable ones,” she said.

Alagie Sanneh, executive director, National Disaster Management Agency (NDMA), in his speech, said knowing the dynamics about the world’s population have changed in the past few decades.

He said the rapid increase in the number of people living on earth today could not continue to be ignored, considering the needs of these people in a world challenged by environmental degradation, economic shocks and protracted conflicts in certain regions, vulnerable populations such as women, adolescent girls and the physically challenged.

Commenting on the theme of the celebration, Mr Sanneh said the World Population Day is essential and symbolic, more so as this year’s commemoration focuses on vulnerable populations in emergencies.

This, he noted, reminds all and sundry about the natural calamities or human-induced disasters that usually befall humanity and life in general.

He cited social and class issues as in the case of the inequalities women and girls face in their daily lives.

He also mentioned issues such as unequal power relations, vulnerability to poverty and dependency, lack of access to basic social services, including reproductive healthcare services, saying that women and girls are usually hardest hit during emergencies.

Mr Sanneh also said sheltering a population of seven billion on the planet is both a challenge and an opportunity, with implications for sustainability, urbanization, access to health services and youth empowerment.

He pointed out that the NDMA would continue to collaborate with the UNFPA to strengthen the preparedness of the agency and its collaborating and leading institution; that is, the Ministry of Health and Social Welfare, to ensure that women and adolescent girls receive important reproductive health support.

He said through the Minimum Initial Service Package (MISP) bleach, sanitary napkins, pads, hand soap, wrappers, towel, detergent and oxalic acid were provided to female victims in the 2014 floods that affected the country, through NDMA to the Ministry of Health to respond to the increased vulnerability of populations affected by emergencies and disasters.

Such collaboration would continue in the future to ensure that the right assistance reaches every woman and girls, to restore dignity and faith in a life where freedom, justice and equality would thrive.

In his statement on the occasion, Momodou Jaiteh, deputy Mayor KMC, said the day was set to focus attention on the urgency and importance of population issues, particularly in the context of overall development.

According to the UNFPA reports, he said, women, children and young people comprise over three quarters of the over 50 million people who have been forcibly displaced from their homes by conflicts and disasters in most parts of the world.

The Gambia under the leadership of President Yahya Jammeh continues to formulate policies and strategies, and establish institutions and structures that would stir the affairs of the Gambian people with particular interest in the vulnerable members of the population, he said.

“The Gambia government continues to advance the cause of women in all facets of human endeavours,” he said.

“The government and its development partners, including the private sector continue to provide women groups nationwide with labour saving devices and farm implements, with the objective of reducing drudgery on women and girls,” he added.

Mr Jaiteh further said women and girls are more vulnerable in emergencies, and have specific needs that are often ignored in crises.

“We must always be there to make sure that their rights and needs are at the forefront of humanitarian responses, to maintain their dignity and restore safety and access to sexual and reproductive health as quickly as possible.” 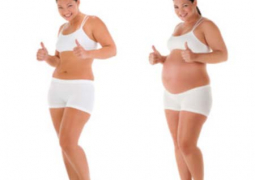