The Khalifa of the Tijaany Tarikha, Cherno Habibou Daha Taal, has passed away peacefully, this paper can reveal.

Sadly missed and lovingly remembered by heart-broken Muslims across the sub-region and beyond, Cherno Habibou was born 90 years ago [1918] in Gouye Mbeut, Louga. He is expected to be laid to rest near the tomb of his elder brother at Zawia Seydou Nourou Tall in Dakar, said a family spokesman Baba Jallow.

The late Cherno Habibou Taal made his last public appearance in a night that Touba considered as the 40th commemoration of the historical 1968 visit of Serign Fallou Mbackeh to his father. The commemoration was graced by the presence of a high-profile delegation from the Mourid Tarikha.

The Khalif, known as paragon of mutual respect and unity among the religions of  God, was a revered Islamic figure for all the Senegalese religious denominations and his participation towards the Church was noted. According to Abbe Jacque Seck, the deceased was always in touch with the authorities of his church and had predicted and even organised prayers for the nomination of Yacinthe Thiandoume as a cardinal.

The grandsons of Sheikh Omar Foutiyou Taal appreciate the teachings and the spiritual heritage of a great Islamic figure having accepted Allah's will and while awaiting to know the new Khalifa of the Tarikha which spread Islam in West Africa. 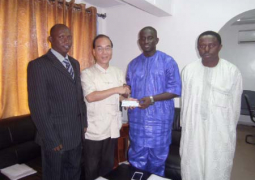 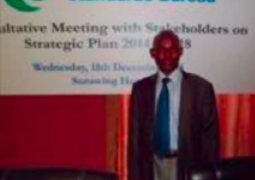