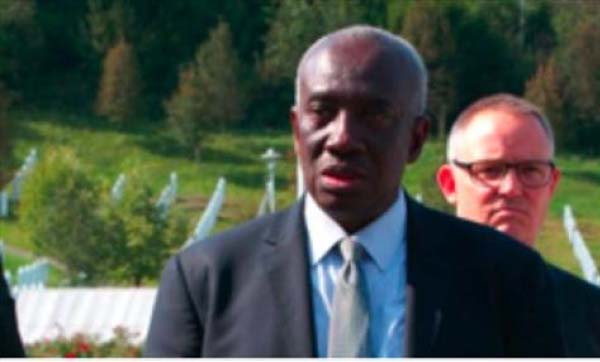 Justice Hassan B. Jallow, a Gambian prosecutor at the International Criminal Tribunal for Rwanda (ICTR), has successfully led prosecution appeals teams to convince the Appeals Chamber of the tribunal to uphold convictions of top officials in Rwanda for heinous crimes committed during the war in 1994.

On 29 September 2014, the Appeals Chamber of the United Nations ICTR upheld the convictions of Matthieu Ngirumpatse, Edouard Karemera, Ildephonse Nizeyimana and Callixte Nzabonimana for genocide, war crimes and crimes against humanity committed in Rwanda in 1994.

A statement from the ICTR office in Rwanda said these convictions on appeal are a significant achievement by the Tribunal particularly in view of the nature of the crimes, and the positions and status of the accused during the genocide in Rwanda in 1994.

Matthieu Ngirumpatse and Edouard Karemera were two of the most senior leaders of the ruling party, the MRND, whose militia group, the Interahamwe, carried out several of the massacre of Tutsis throughout Rwanda during the 1994 genocide.

Edouard Karemera was the First Vice President of the MRND party and also the Minister of Interior from 25 May 1994, whilst Matthieu Ngirumpatse was the former National Chairman of the party and a former Minister of Justice before the genocide.

The Appeals Chamber held Ngirumpatse and Karemera guilty as superiors for failing to prevent or punish the killings and acts of sexual violence committed by the Interahamwe who were under their control.

The Appeals Chamber further found that the duo were involved in a joint criminal enterprise the purpose of which was to destroy the Tutsi population of Rwanda and that many Tutsis were killed as a result of this criminal act.

Edouard Karemera was also found guilty of conspiracy to commit genocide against the Tutsis.

Ildephonse Nizeyimana, a captain in the Rwandan Army in 1994 notorious for his brutality, was convicted of genocide, war crimes and crimes against humanity for his personal involvement in the killings.

The main highlight of the Appeals Chamber’s judgment upholding Nizeyimana’s convictions relate to his individual criminal responsibility for ordering the killing of Queen Gicanda of Rwanda.

The brutal murder of Queen Gicanda, a Tutsi, was a despicable act among many others which left the Tutsi population vulnerable and exposed them to further attacks, the ICTR said.

The Appeals Chamber also upheld the convictions of Callixte Nzabonimana who was the Minister of Youth during the genocide. He was convicted of genocide, conspiracy to commit genocide and extermination as a crime against humanity.

These latest Appeals Chamber judgments follow another recent decision by the Appeals Chamber, in June 2014, upholding the conviction of General Augustin Bizimungu, former Chief of Staff of the Rwandan Army.

General Bizimungu was also convicted of genocide, war crimes and crimes against humanity for killings and acts of sexual violence perpetrated against Tutsis by subordinate soldiers of the Rwandan Army who were under his control. His sentence of 30 years’ imprisonment was affirmed on appeal.

The prosecution appeals teams were led by Justice Hassan B. Jallow, Prosecutor of the ICTR and a Gambian national, and included Ba Tambadou, another Gambian lawyer working in the Office of the Prosecutor.

In his reaction to the recent appeal judgments, Justice Jallow stated that he welcomed the judgments of the Appeals Chamber.

In particular, Justice Jallow highlighted the importance of the conviction of the two senior political leaders for the widespread sexual violence committed by party militants.

Sexual and gender based violence in conflict, Justice Jallow said, is a major challenge for the international community which must be met with accountability for both perpetrators and leaders who knowingly fail to prevent their subordinates from committing such acts or who fail to punish such subordinates.

Justice Jallow added that those who commit such mass crimes must realize that there cannot be any impunity for their crimes and that they will be held to account someday.

Justice Jallow said at the delivery of this judgment by the Appeals Chamber, his thoughts go to the countless number of victims and their families, and survivors of these heinous crimes.  He said he hopes that the judgments will provide some comfort to the survivors and to the Rwandan people.

Having indicted some 93 leading figures for the 1994 Rwandan genocide, the UN ICTR has now convicted and sentenced some of them for genocide and related crimes.

The Rwanda Tribunal is scheduled to conclude its final case involving the appeals of six accused persons next year and close down its operations. 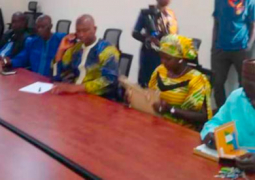