The Special Criminal Court in will decide the case of the three Nigerian nationals accused of murdering a British national, Ian Stokes, on 26 June 2012 when judgment is expected to be delivered.

This followed the final arguments by both the defence and the prosecution, during yesterday’s proceedings in the case.

Michael Ifunaya Churwbiken, Stanley Agbaze Ugochuku and Collins Chijoke were alleged to have, with malice aforethought, caused the death of one Ian Stokes by stabbing him repeatedly on the neck, abdomen and left arm on 13 May 2012, at Bakoteh Junction Bar.

The prosecutor submitted that the death of the deceased was caused by the accused through deep penetrating cuts and wounds on the neck, abdomen and arm of the deceased person.

He submitted that there was supporting evidence based on the conduct of Michael who, after committing the offence, wanted to flee from the jurisdiction in an attempt to escape arrest.

He submitted that the 2nd accused person, Stanley, was equally on the verge of absconding from the jurisdiction, when he was arrested, adding that Collins was in Serrekunda instead of being at his working place in Bakau.

The state counsel further argued that Collins was waiting for the call of Michael, as he was on standby at a petrol station in Serrekunda, and they called him to bring the petrol.

He submitted that the 3rd accused was part of the plan to kill Ian Stokes, because he went to the scene of the crime and knew all what had happened, adding that they wanted to burn the remains of Ian Stokes.

He said that the prosecution had proven its case beyond all reasonable doubt, and he urged the court to convict the accused persons accordingly.

Ms Jubuti, counsel provided for the accused persons under the Legal Aid scheme, submitted that the accused were charged with murder, and the issue was whether the prosecution had proven its case beyond all reasonable doubt.

She argued that there was no credible evidence adduced by the prosecution witnesses with regards to the death of the deceased.

The fact that Michael and Stanley were found in The Gambia, did not prove they caused the death of the deceased, counsel told the court, adding that the testimony of Collins was not different from his statement at the police, as he was doing a favour for the 1st and 2nd accused persons.

Counsel further stated that there was no common intention to commit an unlawful act, and she urged the court to acquit and discharge the accused persons. 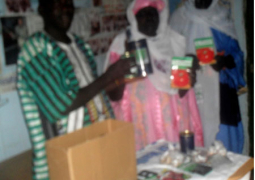 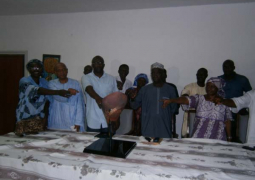