The proposed judgement in the indecent assault case involving a 55-year-old man, Ousman Jobe, was Monday adjourned at the Bundung Magistrates’ Court before Magistrate Ibrahim Kijera.

The accused, Ousman Jobe, was alleged to have indecently assaulted a 7-year-old girl by putting his finger into the private part of the girl, in Kombo North District, West Coast Region.

The case was adjourned on the grounds that the trial magistrate, Ibrahim Kijera, was indisposed.

According to the particulars of the offence on 26 February 2013, at Nema Kunku village, West Coast Region, the accused, Ousman Jobe, allegedly put his finger into the private part of a 7-year-old girl, a chargehe denied.

Challenging the accused person’s plea, the prosecution called several witnesses and tendered exhibits in support of their case, while the accused also opened his defence and gave his side of the story. 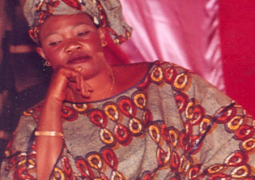 WHO RD Speaks on Role of Traditional Healers