Magistrate Junkung Jobarteh of the Kanifing Magistrates’ Court on 31 October 2013 entered judgement against Gambia National Lottery in favour of Alagie Ngum, the plaintiff.

Delivering his judgement, Magistrate Jobarteh told the court that by a praecipe filed against the defendant, Gambia National Lottery, the plaintiff, Alagie Ngum, sought the recovery of the following: the sum of D129,055 being the balance due to him and cost.

Magistrate Jobarteh said the defendant entered appearance through counsel, E.M. Sissoho, and the court allowed the plaintiff to proceed to prove his claim, adding that PEXHS 1, 2, 3 and 4 were admitted through PW1.

He posited that the matter was adjourned for cross-examination of PW1 on 3 October 2013 and 24 October 2013, both counsel and the defendant were absent and the court invoked Section 7 (1) to proceed to judgement in the case.

He declared: “Having perused the evidence of PW1 and the exhibits tendered, I believe that the plaintiff has proved his case. Therefore, I entered judgement in default of appearance in favour of the plaintiff and ordered as follows: Defendant shall pay the plaintiff the sum of D129,055. Cost of D501.50 is awarded to the plaintiff. This is my judgement.”

On 5 September 2013, prior to the judgement, the plaintiff, Alagie Ngum, in his testimony, told the court that he lives at Sinchu Alagie and he was working at the Gambia National Lottery as sales clerk.

“If you win, it takes two weeks to be paid,” he told the court.

Alagie Ngum testified that after two weeks, they gave him an advance payment of D12,955, adding that they issued him with a payment voucher dated 9 August 2012, for an amount of D67,055 and asked him to receive the amount.

He posited that the D67,055 was partial payment, adding that they issued him with three cheques bearing the date on the voucher.

He adduced that the cheques were postdated, and that he should have received the balance on 18 October 2012.

The payment vouchers and the postdated cheques were tendered by the plaintiff’s counsel. They were admitted by the court.

Alagie Ngum further told the court that he was not able to cash the postdated cheques because they were not honoured, adding that the defendant had no money at the bank.

He stated that after D12,955 was paid to him, no further payment was made, adding that he was claiming D129,055 which was the balance.

At that juncture, Borry Touray, who was representing the plaintiff, applied to the court to enter judgement since the defendant was not available in court.

He also applied for general damages to be awarded to the plaintiff.

But Magistrate Jobarteh did not grant the plaintiff’s counsel’s application.

He adjourned the case for the defendant to cross-examine the plaintiff.

In another development, Magistrate Tabally at the same court, entered judgement on 25 September 2013, against the Gambia National Lottery in favour of the same plaintiff, Alagie Ngum, for D912,000.

He said in his judgement that he awarded D25,000 as damages and cost of D5,000, adding that this was pursuant to Section 7 (1) of the Subordinate Court Civil Proceedings Act. 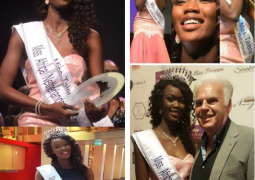