Journalists from the print and electronic media have been tasked to ensure professionalism takes precedence in the way they cover and report on the forthcoming parliamentary polls due on 29th March 2012.

After completing a week-long training on election coverage and reporting, the journalists were also tasked to provide the general public with un-biased, fair and reliable reports for them to make their own choice.

They were further tasked to make sure that they are always guided by the professional code of conduct, and ensure that ethics be their guiding principles in order to offer all parties a fair and balance report.

Addressing the participants at the close to the training workshop, Alieu Sagnia, ICFJ country director, described the week-long training as a success, noting that it formed part of a series of training programmes lined up by the ICFJ to develop the capacity of Gambian journalists in various ways.

Sagnia challenged the participants to put the knowledge gained into practice as much is expected from them after completing the training.

Urging the participants to ensure professionalism and fair coverage in election reporting, Sagnia said the IFCJ project is partnering with the Gambia Press Union and Foundation for Legal Aid, Research and Empowerment (FLARE).

He disclosed that the project seeks to build the capacity of Gambian journalists through training and education and strengthen the organizations they work with.

Ahmed A. Alota, Executive Director of the Gambia Press Union who officially declared the training closed, admonished participants to live up to expectations, as the GPU in partnership with the ICFJ and others is committed to building the capacity of its members through  training.

“The GPU is totally committed to media development with key emphasis on capacity building of journalists. We are interested in building the capacity of our members in order for them to do their job more effectively and efficiently,” he stated.

Alota also called on journalists to be responsible in the way they report, especially when it comes to election coverage and reporting.

He also announced plans by the GPU to establish a school of journalism this year.

“Ethics matter very well, especially in election reporting,” he added, pointing out that if journalists do not get their facts right, they put the society at risk.

Speaking to some of the participants at the close of the training, they all expressed delight at the way and manner the training was conducted.

“During the training we have learnt and gathered new ideas, especially with regard to election reporting and coverage, story idea, sourcing among others. It was interactive, and we were able to exchange ideas and experiences,” Ebrima Bah, reporter with the Gambia News and Report newsmagazine, told this reporter after the closing ceremony

Awa Bah, who works for Foroyaa newspaper, said the training course could not have come at a better time than now, and said they would put into practice the knowledge gained from it. 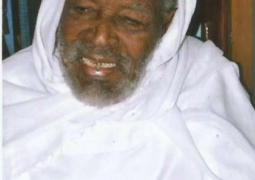