The match was a very thrilling encounter as both teams put up spectacular performances. dominated the first half and missed lot of goal scoring chances. But Jatta's F .C capitalised on their experience to win the game in the second half.

The leading goal scorer, the young promising player prize and the medals were sponsor by Peggy Barnard.

The leading goal scorer prize was awarded to Bakary Kanji of Sanchaba United, he scored 12 goals during the Nawettan whilst the most disciplined award went to Haman Colley of Harlem FC, both players received D500, 00 respectively.

In a similar development, in the annals of Lamin's Nawettan football, K&GH F.C, last week won the 2008 knockout Championship after they had defeated 2-0 at the Sanna Jatta Memorial Field.

At the end of the match, which produced one red card and four yellow cards, K&GH the knockout winners went home with D7,000 and the runners up received D5,000 as a consolation prize. 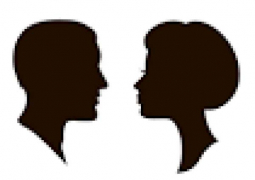 SHE SHE SHE: Women: How tough is it to keep your man?