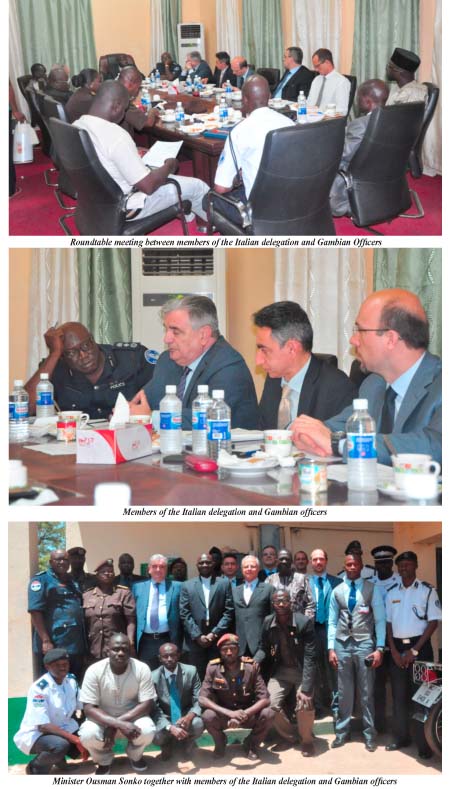 An Italian delegation comprising experts from the Italian Scientific Police and International Cooperation recently visited the Ministry of the Interior in The Gambia as follow-up to enhancing their cooperation on combating irregular migration.

During their stay in the country, the delegation conveyed a meeting with the Ministry of the Interior at its conference room in Banjul chaired by the Minister of Interior, Hon. Ousman Sonko.

The visit was undertaken to verify the existing AFIS System (Automated Fingerprint Identification System) and to assess the possibility of The Gambia realizing an automated system for the detection, collection and comparison of fingerprints.

The visit was also done to discuss findings with the Ministry of the Interior on irregular Migration and Border Control systems in The Gambia.

The delegation comprised experts from the Italian Scientific Police and International Cooperation.

Speaking at the meeting on the cooperation between the two countries, the Minister of the Interior, Hon Ousman Sonko, said The Gambia Government acknowledged the effort of the Italian Government in providing technical support and aid to The Gambia in the management of her borders.

“The collaboration and cooperation has assisted The Gambia with capacity building of officers trained in Italy and are demonstrating good performance,” he said.

Trained officers in The Gambia and Italy have been deployed at entry and exit points including Tanji, Amdalai and Jiborro border control offices.

Hon. Sonko further hailed the Government of The Gambia, which has established youth empowerment schemes to engage the youth and deter their focus on undertaking desperate journeys.

“The University of The Gambia was established with scholarship awards to encourage youths to acquire education, The National Youth Service Scheme and The Gambia Hotel School to absorb youths so they can improve their skills and technical expertise on various skills for their sustenance,” Minister Sonko noted.

The collaboration has also resulted in the smooth handling of identification and return exercises from Italy, the Interior minister stated.

The Police explained its mandate on document security procedures through fingerprints data collections, information management systems in place, its IT status and the need to upgrade an extension of network connectivity of the police across the country for easy coordination and integration of services.

Veering into the issues of challenges in the control of irregular migration, it was noted that The Gambia has 21 recognized border entry and exit points and with a lot of porous borders with Senegal.

“The movement of people is challenged with the recent strategy of migrants who singularly travel and team up in neighboring countries to proceed to Italy and EU countries in search of greener pasture,” the minister said.

For his part, the Italian delegates thanked The Gambia for attaching personnel to the council general which has facilitated verification exercises and returning of identified Gambians WHOSE APPLICATIONS are not successful.

He thanked The Gambia for the people’s hospitality and support on the collaboration and cooperation on efforts made to curb irregular migration.

The cooperation will be strengthened to minimize the menace of irregular migration and further boost the effectiveness and efficiency of officers on border management.

Effort is being solicited to manage the borders in the cohorts of The Gambia, particularly on border control, he said.

Regarding technical support and pledge to The Gambia, the provision of a minimum of 50 vehicles to the immigration for border patrol in The Gambia is slated for July 2016.

Additionally 250 computers, 250 scanners and 250 printers are being prepared in support of The Gambia, according the delegation.

Assistance will also be provided in training where 20 personnel will be taken to Italy for capacity building on border management and scientific support.

Support will also be sourced on information management and scientific aspects, to counter cyber-crime and terrorism.

This will assist The Gambia in combating human trafficking, cross border crime and irregular migration, the delegates stated.

The visit was as a result of a Memorandum of Understanding signed between The Gambia and Italy on border control, as well as in response to an official visit of a Gambian delegation to Italy in December 2015. 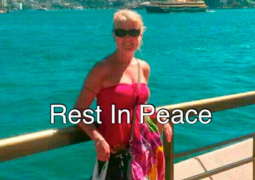