Pa Suwareh Faye, the president of the Gambia Football Coaches Association has hailed the brilliant performance of the Gambia National U-17 in the ongoing African U-17 junior championship in Algiers.

He revealed that he has a lot of confidence in this crop of young, brilliant and talented players currently writing history at the on going cadet tournament in Algiers.

Pa Faye was the first Gambian coach to qualify the U-17 to a continental championship in 2003. He went further to express satisfaction for the outstanding performance of the darling Scorpions and is of the belief that the team can end up clinching the trophy.

"The Gambia U-17 always proves to the nation that they can perform up to the highest level and gain satisfactory result for the nation," Pa Suwareh Faye explained.

He also hailed GFA for organizing a training camp for the Scorpions ahead of the championship in Algiers which he said really paid dividend.

It will be recalled that The Gambia hosted and won the Africa U-17 junior championship in 2005 after a narrow one-nil victory over Ghana in the final, thanks to the talismanic striker Ousman Jallow's vital goal. 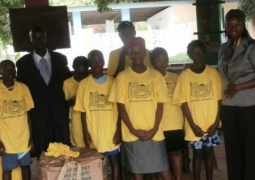 World Glaucoma Week to be observed in The Gambia