Delivering his inaugural speech at the occasion, Minister Sonko stated that the Ministry of Youth and Sports had taken a drastic measure to dissolve both the National Scout Council and the Interim Executive Committee of the scout association, due to prolong leadership crisis within the management cadre.

He pointed out that the scout association is a world-wide movement and the Gambia Scout Association had been established by an Act of Parliament as an organisation in 1984, noting that scouting has been an activity for decades in the and a very instrumental movement for youths.

He said as a ministry responsible for youth affairs, in pursuit of positive youth development and national progress, they had to intervene to find a lasting and definitive solution to the problem.

The six-man interim task force has been given a six-week terms of references to complete their work, among them the co-ordination and implementation of the policy decision of the association, prepare or amend the constitution of GSA for the approval of the General Assembly, and to mobilise and centralise all the resources and activities of the association at the head office in Bakoteh.

The task force, which has Bun Njie as its Chair, comprises the following as members: Ousman Jow, Secretary, Justice Almamy Taal, Chairperson of the National Youth Council, Malang Jassey, Director of Youth and Sports, Ms. Maimuna Bah of Bakoteh Upper Basic and the Deputy Permanent Secretary at the Ministry of Youth and Sports responsible for youth affairs. 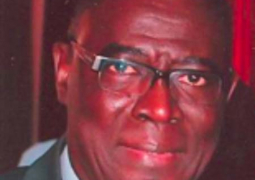