Hon. Abdoulie Bojang, Speaker of the National Assembly, has said that institutions and agencies in The Gambia are all accountable to the Gambian taxpayers.

Speaker Bojang was delivering his statement on Monday at the opening of a five-day training workshop for members of the Public Account Committee and Public Enterprises Committee of the National Assembly.

The training course was funded by the African Development Bank (AfDB) under the International Support Project for Economic and Financial Governance, and is being held at the auditorium of the New National Assembly Building in Banjul.

The five-day workshop marked the beginning of a series of training programmes designed under a six-month consultancy.

During this period, the consultant would conduct training activities on the modules developed, and would also develop a manual and guidance material, which would serve as a reference tool for both the present and incoming members of the PAC/PEC.

According to Speaker Bojang, the project had been supporting the PAC/ PEC in its capacity building programmes over the last three years, including their participation in WAAPAC and SADCOPAC conferences.

“The purpose of this five-day training session is to build the capacity of members to effectively deal with issues of accountability and oversight functions,” the NAM Speaker said.

It was against this backdrop that the National Assembly under the Institutional Support Project funded by AfDB hired a consultant to train PAC/ PEC members to further strengthen their capacity to better perform and maintain accountability and oversight over public finances, he said.

The consultant hired to perform these tasks was no stranger to most of them, he said, adding that Dr Rasheed Draman had involved in parliamentary strengthening programmes, particularly in the finance and Public Accounts Committee, for over a decade.

He, therefore, urged members to participate proactively during the discussions and group work to make the sessions lively and interesting, stating that at the end of the training session, the skills of members would be further enhanced.

Dr Rasheed Draman, CEO of African Center for Parliamentarian Affairs, in his remarks on the occasion, said the training course would help and support the PAC/PEC of the National Assembly members.

“We want to ensure that public resources are utilized properly, and this cannot be without a proper knowledge for the PAC/PEC,” he said.

“We believe that the best way to develop our committees is through interaction,” Dr Draman also said, adding that the training course was to enhance knowledge on accounting and accountability as well as on how public resources are used. 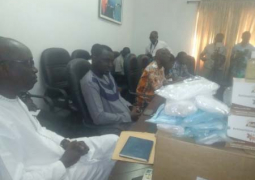 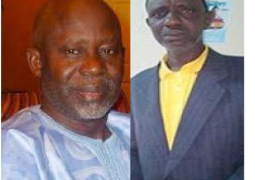 MFWA concern over charges against journalists