Reports reaching us from Upper River Region have revealed that a fire has destroyed the houses of one Njamba Sidibeh of Wuli Barrow Kunda, a farmer, in the early hours of Monday morning.

Reports further reveal that at least three houses, cereals and clothing were burned beyond imagination.

When contacted, the victim Njanba Sidibeh said the houses involved included his wife's house, food store and his own house. He thanked the villagers for their quick response in putting out the fire as without their intervention it would have transferred to neighboring compounds.

At the time of going to the press the cause of the fire was yet to be confirmed.

He appealed to the government, humanitarian organizations and philanthropists for help.

It will be recalled that this is the second fire incident reported in the village in less than three months. 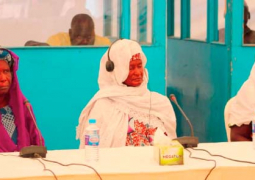