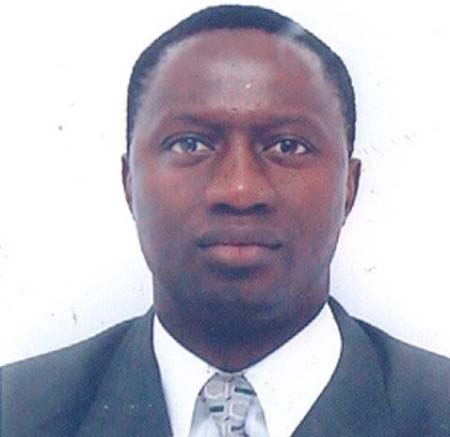 Mr Chairman, thank you very much for introducing very important points in the draft constitution. However, my contribution is centred on the non-inclusion of the word “secular” in the draft constitution. Though there are entrenched clauses that state that no one can declare The Gambia a religious country but it would have been better and safer to maintain secularism as a reminder to would-be troublemakers. Remember that three years ago (i) directives were given for the removal of the Christian cemetery in Banjul; (ii) the name of the country changed from Republic of The Gambia to Islamic Republic of The Gambia; (iii) working hours changed; dress code for women changed including Christians; etc. This decision rendered some Gambians second class citizens in their own backyards.  Ku Ndôbin rey sa maam; soo seenee lu ñuul, dawal. (If your grandmother’s death was fore-shadowed by a bat, you should run when a merle looms into view).

Consequently, whether secularism was in the previous constitutions (1970 & 1997) or not is not the issue. It is the purpose of it that matters. The CRC kept on referring us to the Hon Kemeseng Jammeh vs the State Court case but you failed to tell the public that what was challenged by Honorable Jammeh was the procedure implored to amend the said section and NOT the secularity of The Gambia. Moreover, most of you are familiar with these issues. Remember three years ago this same country called The Gambia was declared an Islamic state and that declaration had implications in the lives of certain citizens. The 2015 declaration constituted a real trauma in many people both Muslims and Christians. The non-inclusion of “secular” in the draft is reviving that sad moment in many people because they had high hopes in your commission. The CRC is now challenged to use all opportunities to close all the potential loopholes in the constitution in order:

1.         To avoid the recurrence of any Jammeh’s type of declaration of an Islamic state or anything close to that: there will be no state religion and The Gambia will not be declared a religious country.

2.         That state resources are equitably shared among all citizens without any direct or indirect discrimination based on religion.

3.         That public officials do not use state resources and/or their offices to propagate a particular faith.

The Republic knows no religion but citizens (Gambians). Let’s continue to enjoy the harmony that has always existed in this nation because we are all brothers and sisters in one Gambia. Let us not use anybody’s dictionary to define us. We can clearly define who we are and what we want. As I stated earlier on secularism will not stop anybody from practicing his/her faith. What we are saying is to take out religion from the offices. We are asking for the neutrality and separation of the state and religion. Why do we need the state to help us propagate our faith?  Let’s leave that to The Gambia Christian Council, The Supreme Islamic Council and any other religious council. I refer you to Maria Saine’s definition of secularism and I hope it addresses your concerns: “Secularism is the legal assertion that a State remains neutral as it relates to religious matters. The state does not adopt any religion as its religious representation and more importantly, there exist a clear separation between government institutions and religious institutions. […] It is also strongly recommended that the practice of secularism protects and promotes government administration to function on the basis of rational discourse rather than religious dogma.” Maria Saine, February 1, 2019 in “Constitutional Review in The Gambia: Contemporary Discussions.” It is crystal clear that secularism will not stop anybody from practicing his/her faith. For us advocating for the inclusion of “secular” in the constitution we know very well that secularism is not atheism. We are asking for the neutrality and separation of the state and religion. We do not want state officials to use their position/office to propagate their faith. Take religion out of the office. Christian Council and Supreme Islamic Council can do that job because that’s their mission. Government should not take over their role. Once again, we are all brothers and sisters in one Gambia that knows no religious discrimination. If our neighbour Senegal can be SECULAR and people are practicing their faith without any problem, I do not see why The Gambia that shares the same socio-cultural and geographical realities with that country would be a dangerous terrain if we demand a fair and just treatment of all citizens irrespective of their faiths.  The state should not be used to propagate a particular faith. In a republic, all citizens are equal before the law.

Therefore, as I stated earlier on, secularism will force everybody to act in a just manner when dealing with citizens: no discrimination at all level. You do not use what belongs to everybody and give it to a particular religious group. All must be treated with equity.

Based on the above, I respectfully ask the CRC to execute their mandate as enshrined in the Constitutional Review Commission Act 2017: « In carrying out its functions under subsection (1), the Commission shall […] safeguard and promote […] The Gambia’s continued existence as a SECULAR State [in which all faiths are treated equally and encouraged to foster national cohesion and unity].» page 5, Functions of the Commission. Let the LAW be applied for a peaceful Gambia.

I encourage the CRC to join me in defining GREATNESS as having the might to conquer and yet you decide to restrain yourself that all may live in peace and unity.

For The Gambia to develop, we need to learn from History and other people. Mr Chairman, the future of The Gambia is into your hands. But remember, you have a rendez-vous with History and it will one day give its verdict and I hope and pray it will be favourable to all the Commission members. It is up to you to build or break The Gambia.

Yours in the service of The Gambia

3 arraigned for causing loss to Gamtel