The African Union and other regional bodies’ intervention to negotiate in the conflict in South Sudan, aimed at bringing lasting peace between rival factions despite continued fighting, is indeed timely and a laudable move.

The appalling situation in South Sudan, key among them the perennial instability, lack of security and the countless loss of valuable properties and even the loss of lives, needs urgent action to save millions of lives.

We see the move as essential in the promotion of peace and security in the region and the continent, in particular.

Peace and security is fundamental in any democratic state, and it is important for everybody whether African or whatever to cherish peace and stability, at all times.

Today, Africa is confronted with lots of unsettled conflicts, and this has clearly shown that the continent still has a long way to go in achieving peace and security.

Despite the fact that remarkable strides have been made in democratic governance, there are still challenges with respect to peace and security all over Africa.

The continent continues to stifle movement toward progress in democratic development.

It is now high time for the African Union (AU) and other international bodies to address the issue of peace and security at the highest political level.

As we emphasized not long ago on these pages, finding lasting peace and stability in South Sudan is as crucial as finding peace across the continent.

The issues we are faced with as a continent should not only be discussed at international meetings, and it stops there; but necessary action must be taken by African governments in order to bring peace and stability in the various states in our continent.

The call for peace and security anywhere around the world is, indeed, timely especially now that we have the conflict in South Sudan, the political turmoil in Egypt and other problems across the continent including the Democratic Republic of Congo.

For Africa to have peace and security, African Union member states should come together to address their individual problems first, and try to solve their differences at the continental level.

We should take urgent measures to save the lives of South Sudanese, especially women and children. 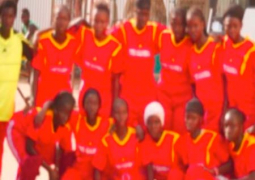