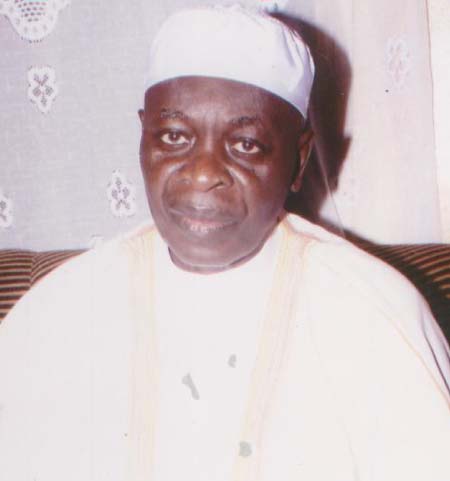 “Religion is sincerity. We Said: To whom he said: to Allah and his Book, and his messenger, and to the leaders of the Muslim and their common folk’

The discussion is on EBOLA which is part of the plague. Allah’s messenger said: (Death from) plague is martyrdom for every Muslim. Plague is a misfortune brought to this earth by Allah to his creatures as long as there is life

Suratul Baqare V.155 to 156 states; Be sure we shall test you with something of fear and hunger some loss in goods, lives and the fruits (of your toil) but give glad tidings to those who patiently persevere- who say when afflicted with calamity: to Allah we belong and to Him is our return

Suratul Hadid V.22 states: no misfortune can happen on earth or in your souls but is recorded in a book before we bring it into existence. That is truly easy for Allah’ Shuara V.30 states: Whatever misfortunes happen to you, is because of things you have wrought and many (A sin) He grants forgiveness. Suratul Hud V.102 such is the chastisement of thy Lord when he chastises communities in the midst of their wrong: grievous, indeed, and severe is his chastisement. Surat Hud V.117 nor would thy Lord be the one to destroy the towns unjustly while their people are Righteous

We have to believe what Allah proposes upon us. Anything that happens is from Him-He knows everything

Prophet Mouhammed (SAW) when asked about “Believing in Allah” He said: it is to believe in Allah, His angels, His Books, His Messengers, and the Last Day and to believe in divine destiny, both the good and the evil thereof.

Sura Tauba V.51 states. “Say: Nothing will happen to us except what Allah has decreed for us: he is our protector and on Allah Believers should put their trust.

Suratul Al-Ahzad V.17 Say: who is it that can screen you from Allah if it be His wish to give you punishment or to give you mercy? Nor will they find for themselves, besides Allah, any protector or helper.

Suratul Al-An’ am V.65 say: “He had power to send calamities on you, from above and below, or to cover you with confusion in party strife, giving you a taste of mutual vengeance each from the other, Prophet Ayouba got this type of sickness, Surat Anbiyaa V.83-84 states and (remember) to when he cried to his lord truly distress has seized me, but thou art the most merciful of those that are merciful.

So we listened to him we remove the distress that was on him, and we restored his people to him and doubled their number-as a Grace from ourselves, and a thing for commemoration for all who serve us.

The Prophet (SAW) used to have serious illness when he was alive. The prophet’s wife Aisha narrated. “I never saw anybody suffering so severely from sickness as Allah’s messenger.”

Abdullah also narrated “I visited the Prophet (SAW) during his aliments and he was suffering from high fever, I said you have a high fever. Is it because you will have a double reward for it he said yes for no Muslim is afflicted with any harm but for him Allah will remove his sins as the leaves of a tree falls down.

The Prophet (SAW) used to cure sick people, he also advises. Those who want to cure people should base it on knowledge and doing experiments.

He (SAW) said: “Allah who created illnesses also created cure for the illnesses. According to said Ibnu Abi Wahas (peace be upon him).“ I had a serious illness the Prophet (SAW) visited me, he placed his hand on my chest and I felt coldness, The Prophet (SAW) told me that I had asthma.” Then the prophet (SAW) sent for Haars Ben Kelda who has a vast knowledge about curing asthma, but he was not a Muslim. This shows that an illness can be cured by a person who can either be a Muslim or not.

Surat Nahl V.68-69 states. “Thy Lord taught the Bee to build its cells in hills, on trees and in men’s habitations; then to eat of all the produce (of the earth), and follow the ways of thy lord made smooth; their issues from within their bodies a drink of varying colours, wherein is healing for men: verily in this is a sign for those who give thought

Ashua Kaani a learned scholar said according to the prophet’s (SAW) saying that every illness have a cure” should encourage the sick to search for a cure and will eventually find one, even if the doctors say it cannot be cured another scholar, Ibnu Khiayam said in his book call Zaadul MIAAD that the prophet’s (SAW) saying that illness has a cure, will give the sick courage to look for cure and will find one. Knowing that there is cure of an illness as long as it takes, will lessen the pain of that sickness.

Prevention is better that cure the prophet (SAW) said the sick should be Isolated from the healthy. Even the sick animals should not drink, eat or stay together with the healthy ones.

Abi Hurairata narrated “Allah’s messenger (SAW) said, the (Cattle) suffering from a disease should not be mixed up with the healthy cattle.” Or said. ”Do not put a patient with a healthy person as a precaution."

According to Abdourahman Ibnu Awfinand Usaamata Ibnu Zaidin said the prophet (SAW) said, “If you heard that a contagious disease is in this country do not go there, and do not come from that country and go to another one to avoid spreading the disease.

Narrated Abu Huraira Allah’s massager said, “(There is no ‘Adwa (no contagious disease is conveyed without Allah’s permission), nor is there any bad omen (from birds), nor is there any Hamad nor is there (any bad omen in the month of) Safar, and one should run away from the leper as one runs away from a lion. “On the authority of Abu said (may Allah be pleased with him) the messenger of Allah (may the blessing and peace of Allah be upon him) said:

There should be neither harming nor reciprocating harm. Islam tells us to be clean, cleanliness in your surrounding, clothes, food and drink. Islam includes water in everything, if you are not clean (Janaba). You have to take a bath before praying, the ablutiom is with water before performing your daily prayer. Sura Maida V.6 states: 0 ye who believe when ye prepare for prayer, wash your faces, and your hands, and arms to the elbows. Rub your heads (with water) and (wash) your feet to the ankles if you are in a state of ceremonial impurity, Bath your whole body” the prophet (SAW) Said.” Purity is half of faith.”

So we have to follow the directive of the Ministry of Health. The sick person should obey his doctor if he wants to be cured.

Praying that the Ebola virus ends and not spread in the whole world, may Allah protect us all

Previous:
Why are they shunning the fields?
Next:
The Tree charity aims at empowering rural and urban women