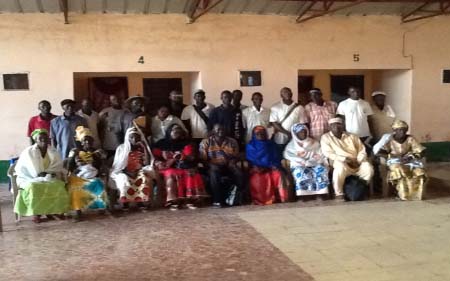 Meanwhile, the officials who formed the delegation had meeting with beneficiaries of LHDP, PIWAMP/Nema and RFP on opening an account with MFIs like NACCUG, GAWFA and Reliance Financial Services and any one of their choices for sustainability and find out possible funding gaps.

Speaking at various meetings held in all the regions Kebba L. Jarju from the Microfinance Department of the Central Bank of The Gambia, stated that as RFP, PIWAMP and LDHP are on their final stages of phasing-out.

For the Nema project he said is being designed to build on the achievements and experiences of earlier IFAD-supported projects in the agricultural sector.

He noted that the Nema project was designed to responds two challenges for sustainable socio-economic rural development of The Gambia: the limited productivity and economic carrying capacity of land used for farming; and poorly developed domestic markets that generate very low real (cash) demand for the main produce of smallholders.

Mr Jarju said it’s very important for farmers to bank with Micro Finance Institutions such VISACA’s, NACCUG, GAWFA and Reliance Financial Services as they (farmers) find it very difficult to access loans from the conventional banks whichinvolve a lot of formalities.

“I encourage all farmers in the country to be saving with the financial institutions in their various local communities,” he added.

He said: “The MFIs are in the local communities to serve low income earners; therefore, farmers should make best use of the MFIs been individual, groups or villagers. Saving with the MFI will help them to access loans easily that any other banks.”

Jarju gave thumb-up to IFAD projects, saying that for the projects to come together to have one team that is linking its beneficiaries to the MFI is a move in the right direction which CBG management welcomes wholeheartedly.

He noted that the Micro-Finance sub-committee under the IFAD-funded projects is linking beneficiaries with MFIs working together to building up farmers with MFIs in terms of strengthening and giving them opportunities to have access to have finance.

Under the Nema business component, agricultural commercialization component would be to provide strategic support to the rice and vegetable markets, from farm-gate-to-Gambian-plate, expressly to increase real cash demand for the produce of the mass of smallholders.

“The business development component of Nema is encouraging farmers to move from subsistence farming to commercial farming and create the opportunities for them to move from poverty.”

For Ajaratou Ramatoulie Hydara- Sanyang, Monitoring and Evaluation Officer RFP, the project’s direct benefits are that it would reduce the drudgery encountered by women in their farming activities, improve physical access to markets and production sites and access to labour- saving devices.

“The Nema project has potential to transform agriculture and improve economic empowerment for the beneficiaries, thus improve food security.”

Sheriff Sanyang, Monitoring and Evaluation Officer LHDP, said the expected outcome of linking the farmers with the MFIs all gears towards helping the farmers advance their livelihood. 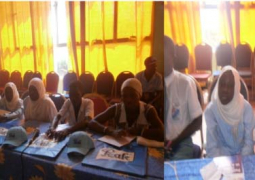