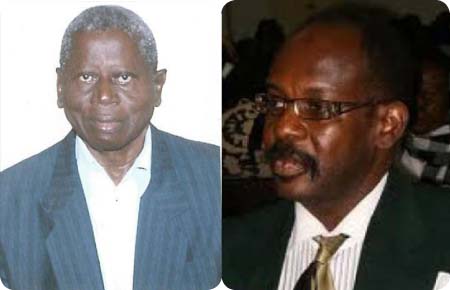 Following clarification that the Independent Electoral Commission, IEC, shall conduct Wednesday’s Gambia Football Federation (GFF) elections, Dr Henry Carrol , a senior law lecturer at the University of The Gambia, has called onIEC boss Mustapha Carayol not to send a representative to the said GFF elections, as that would prove to be illegalunder the constitution of The Gambia.

Below we reproduce Dr Carrol’s statement on the matter:

On Thursday night 25th July 2013 around 10.15 PM, a very interesting televised Programme was been aired over GRTS, and it was the so called ‘’PRESS BRIEFING OF THE GAMBIAFOOTBALL ASSOCIATION – (G.F.A.)’’, which according to the laconic Opening Remarks of the Chairman and Master Of Ceremonies, was intended to inform The Gambia’s general public, of the G.F.A’s state of preparedness concerning the 2013 election of the G.F.A, that is slated to take place in The Gambia, on Wednesday 31st July 2013 at 10.00am prompt G.M.T.

After the highly informative Opening Remarks Of The Chairman and Master of Ceremonies, he handed over the baton (to use the appropriate sporting parlance or terminology), to Alhaji Mr. Omar Sey, who is a veteran Sports Administrator, a former Honourable minister of External Affairs of The First Republic and who is presently a very Senior Sports Officer of the so called and much talked about ‘’G.F.A. NORMALISATION COMMITTEE’’

In his very eloquent speech to the highly excited audience, Alhaji Mr. Omar Sey, inter alia told the highly excited audience, that all is now set for the great day of 31st July 2013, when at 10.00am prompt, the eligible members of the G.F.A, will exercise their Democratic right of electing fit and proper G.F.A. Officials of their choice, who will be entrusted with the Official responsibility of running the affairs of the G.F.A. for the next couple of years. Let me first of all, qualify this important statement of Alhaji Mr. Omar Sey, by adding thereto the appropriate Latin phrase ‘’CEST TERES PARIBUS’’

Alhaji Mr. Omar Sey, then went on to tell his thrilled audience, that all is now set for the great day of Wednesday 31st July 2013, and that the I.E.C. (i.e the Independent Electoral Commission), had already been contacted, for it to come along and assist the G.F.A. with the conduct / organization of the 2013 G.F.A. election, and they are also expecting International Observers from FIFA etc, to arrive in The Gambia, a day or two before Wednesday the 31st of July 2013 etc.

As soon as I heard these last alarming statements of his, naturally I was terribly flabbergasted, and I went nearer to my television screen, to really confirm, what I believed I was hearing from his lips.

Now Alhaji Mr. Omar Sey, certainly has the best of intentions for the G.F.A., but that notwithstanding, if the I.E.C. makes the terrible monumental mistake of conducting the 2013 G.F.A. election, as erroneously suggested by Alhaji Mr. Omar Sey, that will certainly be illegal and unconstitutional because Section 43(1)(a) of The Gambia’s 1997 Constitution clearly says :-‘’Subject to the provisions of this Constitution the Independent Electoral Commission shall be responsible for – the conduct and supervision of the registration of voters for all public elections and the conduct and supervision of all public elections and referenda’’.

The legal term ‘’public election’’ in this Constitutional context, does not necessarily mean, an election that is conducted in public. This may be the unfortunate or myopic interpretation of this laconic phrase, by laymen or laypersons. As far as the term ‘’Public Elections’’ in this Constitutional context is concerned, it is only alluding to three types of elections (i.e Presidential Election, a National Assembly Election, previously called ‘’Parliamentary Election’’ during The First Republic and a Local Government Election).

To prove this submission of mine beyond all reasonable doubt, let me promptly refer my readers to Section 230(1) of the aforesaid Constitution, which authoritatively defines ‘’Public Elections’’ as ‘’The election for a President, National Assembly and a Local Government Authority’’. I am also humbly submitting, that even this Constitutional definition of ‘’Public Elections’’ is legally incomplete, because one type of Public Election, that is very well known, is conspicuously missing therefrom (i.e ‘’A BY-ELECTION’’).

Perhaps there is therefore an urgent legal need for this important Section 230(1) of the aforesaid Constitution, to be speedily amended, so that it will incorporate ‘’A BY-ELECTION’’, which is indeed a well known and acceptable type of ‘’Public Election’’, as evidenced by The Elections Act of The Laws Of The Gambia. By any stretch of the imagination, the phrase ‘’Public Elections’’, clearly does not cover elections of Sports Associations in The Gambia, that are conducted publicly.

The appropriate Latin maxim that relates to Statutory Interpretation, that is fittingly applicable here is :- ‘’expressio unius est exclusio alterius’’ (i.e the expression of the one is the exclusion of the other).

In the light of the above, I am therefore submitting with all the zeal at my command, that if the I.E.C. goes ahead and conducts the 2013 G.F.A. Election, it will certainly be acting Ultra Vires (Latin i.e in excess of its powers or mandate).

I would therefore advise the Chairman of the I.E.C., Alhaji Mustapha Carayol, not to send any of his employees, to conduct the aforesaid 2013 G.F.A Election, in order to save our dear Republic of The Gambia, any National, Sub-Regional, Regional or International embarrassment, in the field of football.

As a patriotic Citizen of The Republic of The Gambia, and as a veteran Sportsman myself (i.e as a Senegambian Table Tennis Champion Emeritus), I honestly believe, that I owe it to my beloved Motherland, The Gambia, to urgently write and publish this very important article, in the leading Gambian News Papers, before Wednesday 31st July 2013, PRO BONO PUBLICO (Latin i.e for the good of the Public).

The University Of The Gambia. 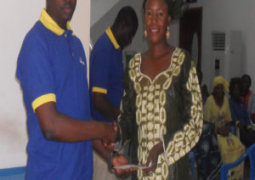