Ousainou Kujabi alias Rui Jabbi Gassama the second prosecution witness (PW2) in the ongoing treason trial has told the high court in Banjul that he did not have the permission of the Bissau authorities, when he organised the training of mercenaries in their territory.

PW2 revealed this under cross-examination by the counsel for the accused persons, lawyer Pap Cheyassin Secka.

Details of the cross-examination of Mr. Kujabi by the defence counsel are the basis of the report in question and answer format carried below.

Meanwhile, in his evidence-in-chief earlier, PW2 said he asked the 6th accused how it would then be possible for the 1st and 3rd accused persons to carry out the coup. "Ngorr Secka told me that the accused persons have friends in their respective work areas, who can continue this mission of the coup plot."

He said that he (PW2) did not know the name of the boat, "but if I see the picture, I will recognised it, since it was me who led the Gambian authorities to take the pictures of the said boat."

PW2 further told the court that many people were brought to the NIA, and were asked to stand in line so that "I can identify Lang Tombong Tamba, Ngorr Secka and Bo Badgie. I did that by touching them, while pictures are shot in the act of touching."

At this stage, the DPP tendered the picture of the boat, the Daily Observer newspaper, the pictures showing the 1st , 3rd and 6th accused persons being identified by PW2 at the NIA, and a picture of the Samaritan restaurant in to the court which were marked as exhibits, without any objection by the defence counsel.

Below is the report in question and answer format of the cross-examination of Mr. Kujabi by defence lawyer Pap Cheyassin Secka.

Q-         Gassama or Kujabi, can you remember exactly when you first met with Ngorr Secka?

Q-         Did you say in your evidence-in-chief that the training of mercenaries was for 45 days?

Q-         Did you remember the period between the time you met Ngorr Secka and the beginning of the training?

Q-         Did you have the permission of the authorities to conduct military training in their territory?

Q-         Did the Guinea Bissau authorities know that you are conducting an unauthorised training in their land?

Q-         Did you say that they have to bring food for the mercenaries every Friday?

After posing these few questions, defence lawyer Pap Cheyassin Secka made an application to the court for the hearing to take place at the time convenient to the court, that is, on Thursday the 1st day of April 2010.

This is to enable the defence have proper briefing from Lang Tombong Tamba, Ngorr Secka and Bo Badgie, counsel said.

According to lawyer Secka, "the evidence that have been laid deals with military tactics and military intelligence, and counsel does not have knowledge on that."

Lawyer Secka further submitted that "the court have a duty to give reasonable time for the defence to prepare their case against the charges."

He said this opportunity includes briefing counsel on the matter. It was obvious, he said, that the matter of training does not appear in any of the briefs of the state.

The DPP did not object to the application, and the matter was adjourned to Thursday 1st April 2010 for continuation of hearing. 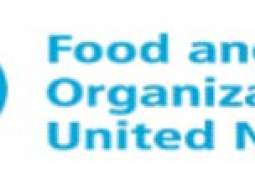