The law document was yesterday launched at the Kairaba Beach Hotel at a side event of the 59th Ordinary Session of the African Commission on Human and Peoples’ Rights under way in The Gambia.

The law was launched at the African level to provide space for Human Rights Defenders (HRDs) from countries where the HRD protection law has been enacted or in the process of enactment, to share their experiences.

The Ivorian case was featured on how women HRDs are also protected in their law.

Speaking to the media after the launching, Mr Clement Voule of ISHR, one of the authors of the document, said that as the African Union celebrates the year of human rights – with a particular focus on women’s rights – it is pertinent to recognise that legal recognition and protection of HRDs is a key element contributing to a safe and enabling environment for their work.

He said: “In order to encourage States to enact national laws in line with the declaration on HRDs, a national Model Law for the promotion and protection of HRDs was developed in consultation with over 500 defenders and endorsed by 27 of the world’s leading human rights experts.

“It provides authoritative technical guidance to policymakers and legislators and is a powerful advocacy and accountability tool for advocates.” 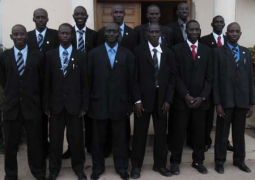 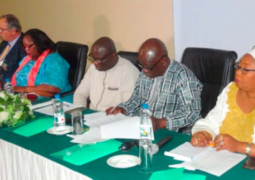