Preoccupied with everyday concerns and worries, of which the people of this continent have had more than their fair share, one would forgive the common man for not paying too much attention to human rights abuses.

Yet, the fact remains that human rights, by definition, are every human being’s concern in every nation.

If we go by reports, is one region where the sacrifice of human rights on the altar of political expediency is the norm.

For some individuals, respect for human rights simply means the guaranteed opportunity to enjoy inalienable rights, such as the right to live a dignified life, free from fear; a life which affords him or her the freedom to pursue personal development to the extent to which he or she is capable of doing.

Human rights, therefore, encompass not only the right to personal safety and security, but also giving due regard to health, education, gender equality and child rights, etc.

Everyday concerns, such as issues of access to safe drinking water, basic health care, clean air free from pollution, access to means of transport and communication, all have much to do with human rights.

Indeed, many a problem that Africans are facing today on all fronts underscore the need for the general public to expand their perception of what constitutes their rights, and exert themselves more fully in obtaining respect for these rights.

One can argue that for human rights to become truly embedded in a country’s society and culture, the change has to start with checks on government power.

In fact, the first test of a country’s human rights record is to be gauged from the government’s treatment of its own people.

Our governments should take respect for basic human rights as the starting point.

The pursuit of human rights in as a core value should be nurtured.

It is the case that some countries in the region have taken the lead in the formation of effective independent national human rights bodies.

We suggest that all African states do the same.

Actually, concerning human rights, it is incumbent on civil society organisations operating in Africa, especially the human rights associations, press unions or associations and the bar associations to draw attention to areas where improvement is most needed.

“The care of human life and happiness, and not their destruction, is the first and only object of good government.” 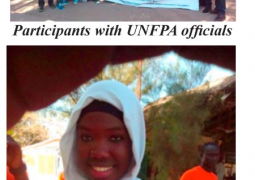 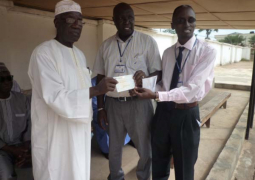