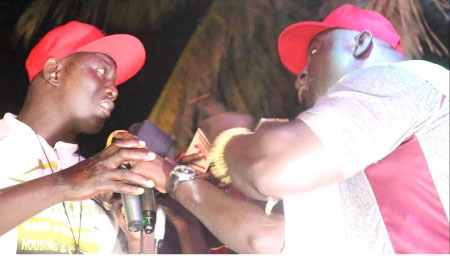 Gambia’s king of the Arena, Hoyontan was Sunday declared winner of the Senegambian wrestling derby against the Senegalese wrestler Baye Mandione, in a bout held at the Independence Stadium in Bakau. The bout was named under the flagship of President Adama Barrow

Hoyontan of Club Ndongo Ceesay was declared winner when his counterpart, Baye Mandione refused to adhere to the rules and regulations of the game when the referee asked him to cut down his nails.

The rules and regulations of wrestling dictates that no wrestler should contest in a bout with high nails. This was what the referees observed in the Senegalese wrestler (Baye Mandione).

Baye Mandione, who once fought with the current Senegalese king of Arena Modou Lo has claimed that his nails weren’t like what the referees were saying, adding that he is an experienced wrestler and knows what the rules say.

When the arbiters declared Hoyontan as winner, the disenchanted fans threw bottles water on the pitch before the stadium lights were put off as the crowd exited.

Baye Mandione expressed disappointment with the referee's verdict, saying that he has been told about all these well before coming to fight against Hoyontan.

“I was told about all these before coming to fight Hoyontan. All of you can see that I don’t have high nails which they are asking me to cut. I swear I can even defeat Hoyontan’s father in a wrestling contest,” he said

This is the second time Hoyontan is being pronounced winner on verdict of arbitration after his first against France. 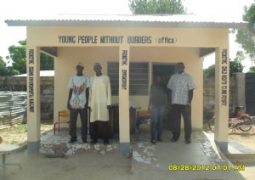 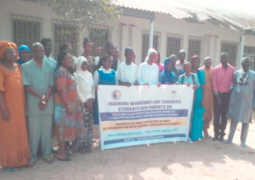