Mr Amadou A Sowe, a programme manager of the Health Education Unit of the Ministry of Health and Social Welfare is currently in need of urgent overseas medical treatment.

According to a medical report from the country's main referral centre Royal Victoria Teaching Hospital RVTH, Mr Sowe aged 40 has passed medical history of arterial hypartension and was reviewed by internal medicine consultant, following his complain of having severe headache, which led to his sudden collapse.

The report stated that there is intraparenchymatous hepatoma of 6.06cm of tubular shape in the right frontal lobe paradagital that produce displacement of 0.45cmmiddle line structure to the left side and drainage of large amount of blood to ventricular cystic more actuated in the left central ventricle and sellor cistern.

The original CT scan, according to the report, stated that there is a big aneurysm of 1.89 & 0.97cm in the projections of the anterior communicont artery with large amount of blood in the ventricular system.

"Sowe needs to be reviewed by neurosurgeon and he should perform vascular brain intervention. This procedure is not available in the Gambia and as such, he needs overseas treatment", the report stated.

According to his nephew Samba Bah alias Alpha, his family cannot afford to pay Mr Sowe's overseas treatment bill. He appealed to the president and his government, NGOs, institutions, philanthropists, religious leaders and individual to help his uncle. 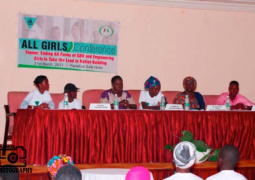 All girls’ conference calls for end to gender-based violence

Minister Jammeh asks youths to continue believing in themselves 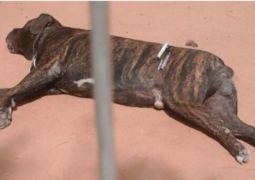