The Ministry of Health and Social Welfare has again attained a nationwide Direct Observed Treatment (DOTS) based on the principle of at least one DOTS centre per one 100,000 population.

This was revealed in a statement read on behalf of the Chief Nursing Officer by the Chief Public Health Officer, Sanna Jawara, to members of the media fraternity at the opening of a two-day sensitization workshop on tuberculosis control and prevention.

Organised by the National Tuberculosis Control programme of the Ministry of Health and Social Welfare, the workshop was aimed, among other things, at outlining the role the media and journalists could play in the fight against T.B in The Gambia and at highlighting the national and global epidemiology of TB.

In his address to journalists at the opening ceremony, Sanna Jawara revealed that the forum was meant to inform and empower journalists with the knowledge and skills in supporting policy issues in the prevention and control of TB in The Gambia.

"Globally TB is second to HIVAIDS as a cause of illness and death of adult, amounting for nearly nine million cases of active diseases and two million deaths every year," he said, added: "Gambia began implementing the DOTS strategy well before it was recommended and adopted by the World Health Organization in 1991 as the most effective strategy for TB Control."

The Chief Public Health Officer, however, told journalists that diagnosis and treatment of TB in The Gambia provided free of charge to all patients irrespective of nationality, saying: This clearly demonstrates government's commitment to the effective implementation of DOTS strategy and the attainment of the Millennium Development  Goals and targets related to TB

Mr Camara said he was confident "journalists will use all their tools and weapons" in their arsenals to fight against TB in The Gambia while urging them to make maximum use of all their time to register positive impacts in the lives of patients and in the communities.

Speaking earlier, the Programme Manager at the TB Control Programme office, Ms Adama Jallaw, said the sensitization training was part of series of events organised by her office for health journalists.

"This new development is in recognition of the significant role journalists play in the health sector," she said. In line with the global plan to stop TB, Ms Jallow said her office would strike to intensify the involvement and participation of all stakeholders, especially heath journalists.

She added that the dissemination of correct information through the electronic and print media is very important in raising  awareness on TB.

"The Ministry of Health and Social Welfare has made significant progress in the control of TB in The Gambia, particularly with respect to DOTS expansion, diagnosis and treatment".

Pa Momodou Faal, President of Heath Journalists Association and representative of the Gambia Press Union, hailed the efforts of the TB Control Programme for organising such trainings for journalists.

Faal, however, challenged the TB Control Programme to open their doors to the media to be able to access relevant information they can disseminate accurately and reliably to the public.

He also urged the journalists to make the best use of the knowledge gained at the workshop, while appealing for more training packages for them. 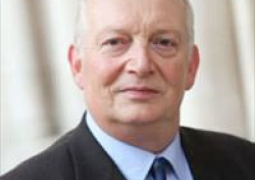 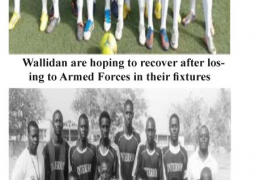