The red devils, Hawks FC, quenched their inconsistent run of form with a convincing 2-0 win over Seaview who have been in a recent struggle to maintain the force they showed at the start of the league.

Seaview who were playing more individualistic football portrayed no team spirit with a more organised and tactical Hawks who controlled and dominated most of the possession in the entire match played last Saturday at the Serrekunda Mini Stadium.

With experienced defenders in Pierre Gomez and Ken Malamin Jammeh at the back line of Hawks, Seaview's prolific striker Pa Modou Ngum was not availed the space to perturb the defensive wall of Hawks.

At the resumption of second half, the red devils put more urgency in the game playing the ball deep into the opponent's half and in the 59th minute Seaview's center back handled the ball in the penalty box that resulted to penalty which was converted in the 60th minute by Hawk's Fabakary Sambou.

Ebrima Njie dented the hopes of Seaview from leveling when he tapped in the second goal in the 76 minute to seal victory for Hawks.

Seaview endured bad result from their recent games. Already they played three consecutive matches without a point. Seaview ace player, Bass, had failed to find the net for a number of games, whose goals at the start proved very pivotal for his side. 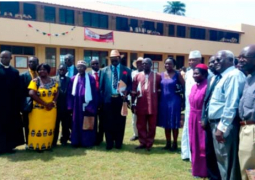