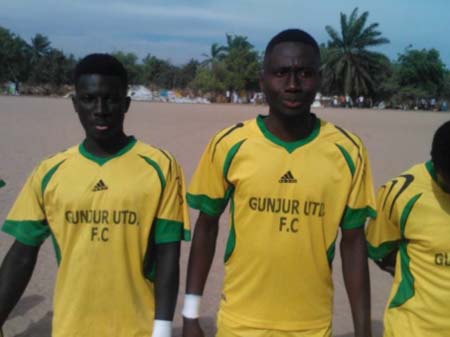 Gunjur United’s fans interrupted the game when the Gunjur-based outfit was trailing one nil by visiting Fortune with eleven minutes to go plus additional time.

Speaking to reporters, Jerreh Bojang, a player of Gunjur United, expressed optimism that the team would level the scores and win the game, adding that he was really disappointed with the behaviour of the fans as they should have allowed the game to progress.

Mbemba Fatty, alias Andreas Iniesta, said the fans were not supporting in the club’s previous games but the team managed to win most of their games and are leading the table prior to their game with Fortune.

Fatty said the team is doing well and have won some games without support from fans, adding that the fans wanted to see their downfall, which was why they interrupted the game.

Fatty further revealed that the players were committed and would continue to fight and win their games to keep their hopes of winning the league and gaining promotion to the second division next season.