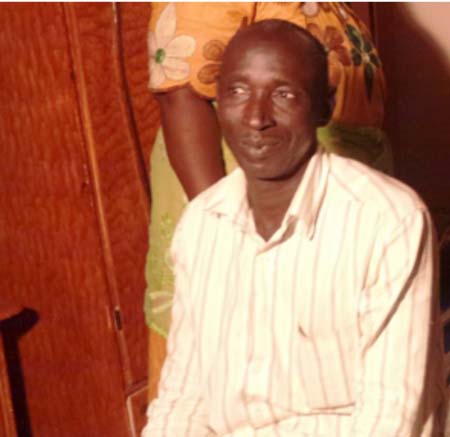 Jabang passed away in Gunjur on Wednesday 17 March 2016, Foday’s death has shocked the entire football fraternity in Gunjur and its environs.

Foday Jabang also scored the winner for Gunjur against Kartong in the semifinal of the 1987 Kombo South district football tournament from former Gambian international Buba Star Janneh’s excellent past to fire home the opener, which eventually proved to be the winner for the South boys.

Foday Jabang was part of Young Dabanani team that clinched trophy in Brikama in the 80s.

Foday Jabang had coached Falcons FC in Gunjur Nawettan as well as Gunjur zonal team 2001 when his side beat Sukuta 1-0 in the 2001 super Nawettan played at the Dembadou Mini Stadium in Sukuta.

Foday Jabang also worked for a local NGO in Gunjur called Trust Agency for Rural Development (TARUD) before leaving for the UK in 2004. Upon his return from the UK, he was elected as the president of Gunjur Sports Committee in 2012.