The grassroots football tournament organised by Fajikunda and Tallinding has ended after a month in action.

The tournament was organised mainly to expose and promote young people in football, as well as to foster mutual understanding among participants.

The tournament’s chief organizer Julius Bassie Kamara said they have achieved their objective because many thought the tournament would be unsuccessful “but thank God for the help of some key youths and supporters of football who played great role in the football circle, the likes of Alhagie Nyassi”.

“It would be recalled that we started this since on the 23rd of March 2012 and finished on the 28th of this Month. So we see it as a great achievement for us as academy coaches,” Coach Kamara said.

S.Villa Academy are the champions of the 10-team academy tournament after beating their opponents More Fire Academy by 2 goals to nil.

Both goals came in the first half of the game through their goal architect Kalifa Kanyi, better known as Baba Kanyi, who is the leading goal scorer of the tournament with 7 goals.

Kalifa scored the first goal in the 5th minute of the match leading More Fire by a goal to nil, and in the 13th minute, he again scored the second goal, which frustrated the opponents.

No goal was registered in the second half even though all efforts were made by More Fire Academy but thanks to the goalkeeper and the defence network of S. Villa.

According to the records, S. Villa won all their matches, and Baba Kanyi, who also scored a hat-trick in the tournament, emerged player of the tournament. S. Villa were therefore crowned with a trophy. 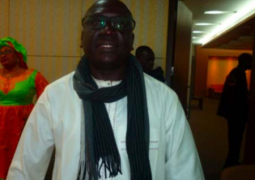