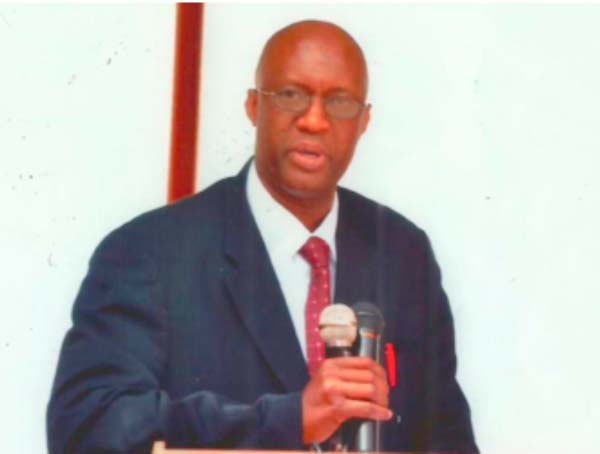 Top officials of the Gambia Revenue Authority (GRA)  headed by the Commissioner General Mr Yankuba Darboe accompanied by the commissioner of customs, Director of Finance and other experts within GRA, recently returned to The Gambia after attending the 129th /130th sessions of the Customs Co-operation Council meeting from 6 to 8 July 2017 in Brussels, Belgium.

The conference was part of series of annual conferences of Customs Co-operation Council held at the World Customs Organization headquarters in Brussels.

The delegation also attended the WCO Global Transit conference held at the WCO headquarters on 10 and 11 July immediately after the council sessions.

According to the Gambian delegates, the conference provided a unique platform for customs administrations, governments, international organizations and the private sector to exchange views and experiences regarding efficient and effective transit regimes.

The conference also was geared towards addressing a wide range of topics such as bridging Asia and Europe, accelerating regional economic development in Africa, the Americas and other regions and overcoming the challenges faced by landlocked countries.

According to the Gambian delegate the deliberation of the agenda was focused on the following point: the report of the policy commission, comment by the chairperson of the council, and approval of the report of the secretary general of the World Customs Organization.

The Gambia delegate further reported that in a brief speech of the opening, chairperson urged the council to take note of the issues that were reflected on the report, which were due for discussion such as trade facilitation agreement (TFA), which should be the main priority for customs administration, simply because 90 per cent of the TFA are customs which include security.

For his part, the Secretary General of the WCO spoke about the budget of the World Customs Organization commenting that they were operating in a sound footing with a current reserve of about 11 million Euros.

He also spoke about the areas of the WCO under the trade facilitation, E-commerce, security, customs and taxes cooperation, financial and performance measurement.

Regarding to the trade facilitation agreement, the WCO has provided support to harmonize in implementation and there is a TFA working group which are all geared towards helping institutions to implement this agreement through conducting capacity building mission. It was also disclosed that WCO conducted about 320 capacities to 70 countries during the past three years.

The Gambia delegation also mentioned that E- Commerce was among the key issues discussed which was all about buying goods in the internet as electronic commerce.

During the conference the contribution of WCO was among the agenda, and it was also mentioned that the WCO has also been assisting customs to strengthen their facilitation through capacity building, and through E-Commerce, by simplifying the procedure and also helping customs administration to collect more revenue and maintain safety and security.

He stressed the importance of customs and taxes cooperation in bringing custom taxes together for domestic resources mobilization.

On security the fight against terrorism was a particular reference. In this regard customs administrations were advised on the type of cargo and passengers they take to other destinations.

According to the Gambian delegate, there was side meeting that were conducted for the regional west and central Africa, and the main agenda was to look at the two current vacancies at the level of the WCO; that is the Deputy Commissioner General of the World Customs Organization whose position is going to be vacant and it needs to be filled and also the position of the WCO current chairman.

In this case the Gambian delegate urged other member countries to come to The Gambia and learn from GRA’s best practices and share expertise and experience for effective implementation of revenue mobilization.

During the conference, interconnection transits were also discussed, trying to connect customs administrations within the region to share transit interconnection.

The menace of tribalism